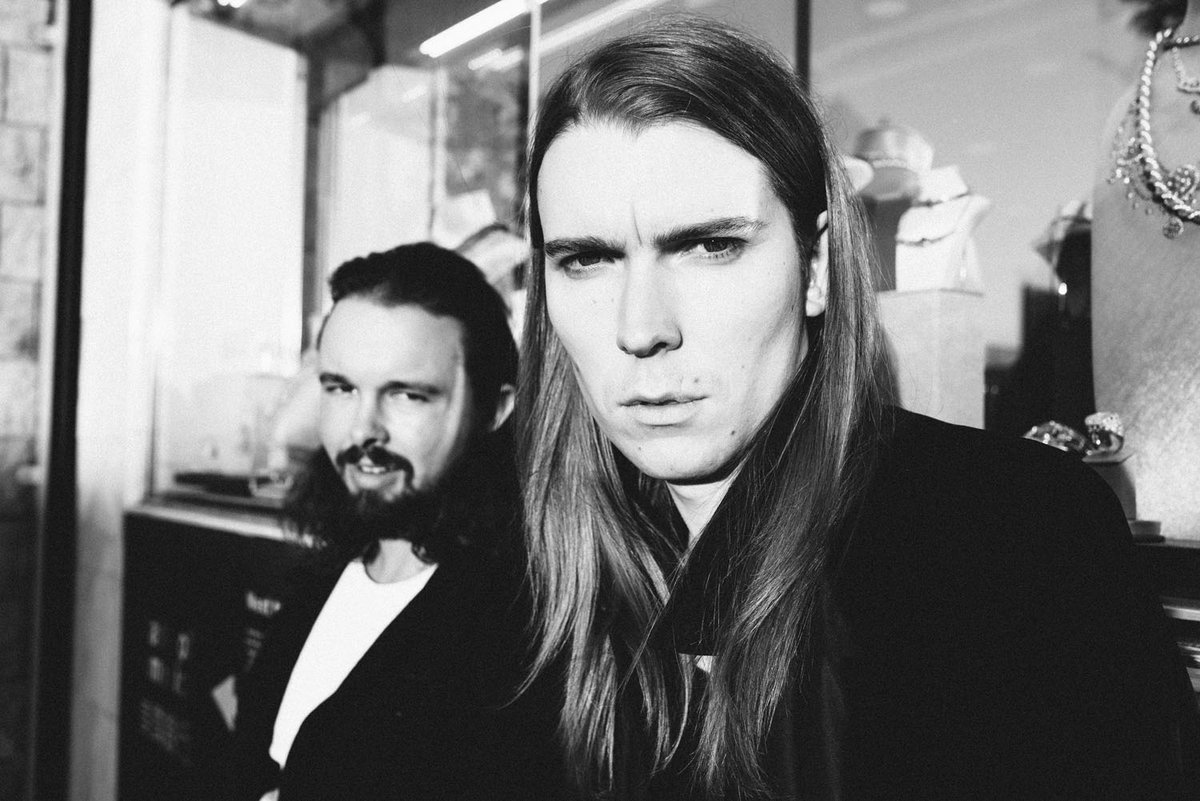 Looking to cause a riot The Wild Things will be throwing a bawl, to launch their brand new single F.I.A. They’ve carefully selected a bunch of their favourite bands including Native Kings to support, alongside a DJ, food and plenty of beverages for you to chug.

Presented by The Wild Things and Pabst Blue Ribbon.

Lafayette, LA: Swamp rock ‘n’ roller CC Adcock has packed a lot of living into his 33 years: guitar stints with Bo Diddley and Buckwheat Zydeco, an acclaimed solo record, film scores and album productions, as well as being founder and leader of the all-star swamp-pop supergroup, Lil’ Band O’ Gold.

Morton Valence have been ploughing their own genre-defying furrow since 2006, cited on the BBC website as “having recorded the best ever single you’ve probably never heard of”, producing 5 critically acclaimed albums – one of which was also a novel, and the most recent of which (‘Europa’ – recorded in the aftermath of Brexit) is in seven languages. Having played live throughout the UK and Europe, Morton Valence have seen a number of line-up changes over the years, but the one constant has been the vocal pairing of Robert ‘Hacker’ Jessett and Anne Gilpin, who blend bitter-sweet vocals with witty and heartfelt song writing, put through their unique leftfield filter.

This is their only London show of 2017 as a full band.

SPRAY PAINT are a no wave punk outfit from Austin, Texas made up of Chris Stephenson (drums/vocals), Cory Plump (guitar/vocals) and George Dishner (guitar/vocals). Spray Paint’s buzz-sawing guitars run headlong through labyrinthine tunnels of reverb, chased down by some wildly brain-bashing drums. All three members of Spray Paint sing too, helping create an uncontrollable sense of fervour as they jostle for the words. They work up a tone of paranoia amid the jagged rhythms, locking into a motoric groove that’s impossible to escape from, offset with stormy blasts of distortion. Since forming in 2012, Spray Paint have released six LPs and 7″s through SS-Records, Goner, Upset The Rhythm and Monofonus Press. They’ve wasted no time with hitting the road either, touring the US many times, with their friends Protomartyr and The Rebel.

Pere Ubu (The Moon Unit) will take the bones of the last released album ‘Carnival of Souls’ (Fire Records, 2015) and shake them with new sounds from the forthcoming album to be entitled ’20 Years In A Montana Missile Silo.’ ‘Carnival of Souls’ received critical acclaim with two tracks chosen to become character themes within the cult show, ‘American Horror Story.’

Since the American Federation of Musicians have blocked Pere Ubu from performing in America, the band has renounced not only its American ‘citizenship’ but also its American past. The Pere Ubu Moon Unit, a subset of the band, has released ‘Leeds’ a petition to the authorities in that English town, to grant Pere Ubu asylum as a band that formed in Leeds, in 1975. Those authorities are a specially convened congress of the members of Gang of Four, Sisters of Mercy, Soft Cell, The Mekons and The Wedding Present. Any member of the congress may object and Pere Ubu will then turn to the authorities in Port Talbot for sanctuary.

Following on from their improvised sets on their Visions of the Moon Tour, 2014, the Pere Ubu Moon Unit was born as solution to the often irritating conversations regarding Support Bands. David Thomas says “we’re going to have to endure crappy support bands then we’ll do it ourselves. The Moon Unit plays a 30 minute show of songs made up from nothing”

Warm Digits are Steve Jefferis and Andrew Hodson; a trans-pennine, krautophonic blizzard-wave duo that emerged from Newcastle upon Tyne’s underground scene with a sound like Neu and Cluster forming a supergroup with Giorgio Moroder, Kevin Shields, Eno and Keith Levene. Their first album, ‘Keep Warm… with the Warm Digits’, came out in 2011 on Newcastle’s Distraction Records; Andrew Weatherall described them as producing some fine “machine funk kraut-a-delia” and the duo were soon went on to headline one of his Live From Outer Space events. Live, Warm Digits are a motoric epiphany of drums, guitar and pulsing hardware, complete with mesmeric kosmische visuals; all that on-stage multi-tasking making their live sets a dynamic kraut-disco experience. The last few years have seen Warm Digits release a second album entitled ‘Interchange’, tour with British Sea Power and support the legendary Goblin, St Etienne, Future Islands and ESG. Warm Digits now have a new album due out on Memphis Industries this August, featuring vocal contributions from Field Music, Sarah Cracknell, Devon Sproule and Mia La Metta.

A modern nihilistic take on the triumphant fuzzed-out guitar rock of the 90s, replete with huge hooks and brooding melodies.

It’s 2017, and it’s time for Alex Cameron. Entertainer. Showman. Shaman. Cameron and his business partner / saxophonist, Roy Molloy, hit the road with a live show full of celebration, jubilance and industry know how. Described by Clash magazine as ‘Sydney’s most literate song writer’, Cameron knows what he is doing, and the creative juggernauts of the international music Industry are taking notice. So much so that Jonathan Rado of the hit group Foxygen described the first Cameron performance he saw as ‘one of the most memorable, moving concerts I have or will ever witness’. And music Icon Henry Rollins described Cameron as being ‘right out of a David Lynch hell dream!’
You don’t want to miss this. Join Alex Cameron at The Lexington this summer.

Don’t forget to check out our magnificent summer drinks deals!