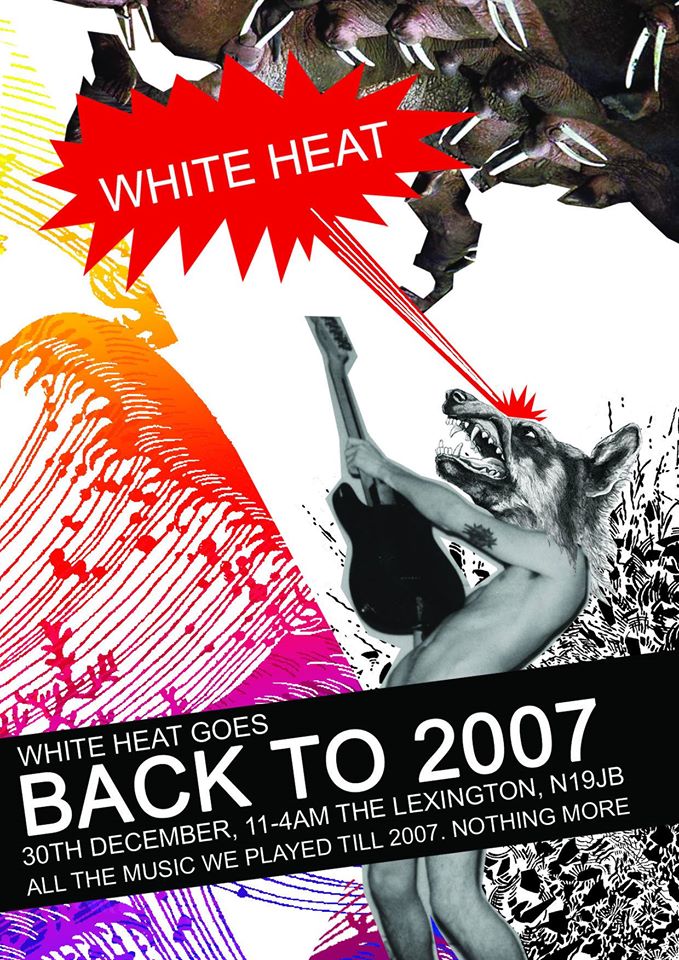 We all know how Christmas goes, you gorge yourself on Chocolate Oranges, mince pies and inexplicably large non-flying birds, you spend between two and three days with a bunch of people you love but otherwise wouldn’t really have anything in common with, you drink and you sleep and when you wake up you drink some more because that’s OK at Christmas, even your parents are doing it, though they still don’t know you smoke.

Telegram, Prom, Scarlet Rascal
8pm adv £8
“This Anglo-Welsh band’s pace is motorik, their beat kraut, and their tone psychedelic, with a dash of glam” – Guardian

Jazz duo plays tunes from the 1920s through to modern day

Paul Guided Missile Presents… The Lexington’s Quite Big Quiz Of The Year
8pm-10pm £1 per person, up to 6 per team

Esben & The Witch
8pm adv £8
“It sees the band stripping back their sound and taking out a lot of the electronic matter, instead forging even more expansive songs (the album’s centrepiece is the near-15-minute ‘The Jungle’) in raw, more live-feeling sonics. ‘Blood Teachings’ is a good case in point, with its Swans-esque heaving repetition providing a soundbed over which Rachel Davies unfurls a mesmeric vocal, not dissimilar to former Albini collaborator PJ Harvey, building to a razing, fuzzed crescendo.” Rough Trade 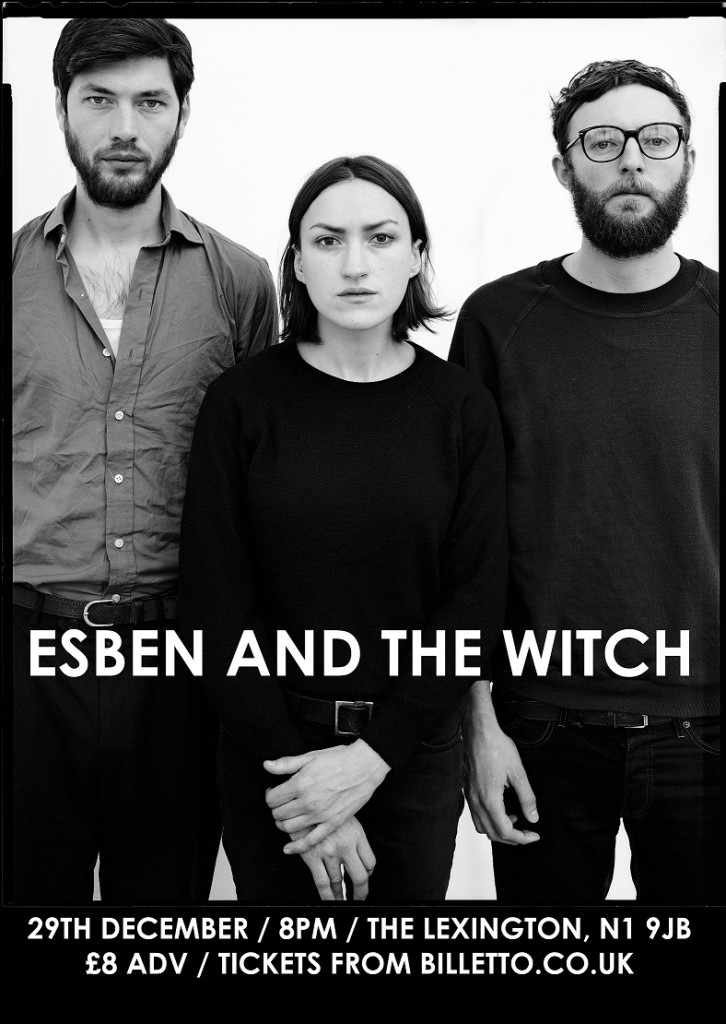 The band formerly known as Charlie Boyer & The Voyeurs are now just The Voyeurs. Alongside this shortened name comes widened perspective. The band’s second album takes in the rail networks of Eastern Europe and a transvestite bar in Limehouse in East London. Rhythmic inspiration comes from both The Glitter Band and the Berlin-fermented pulse of Iggy Pop’s The Idiot album. Such broadening horizons were maybe foreshadowed by the band’s personal history – a ‘London group’ whose origins take in Palestine and the Forest of Dean. 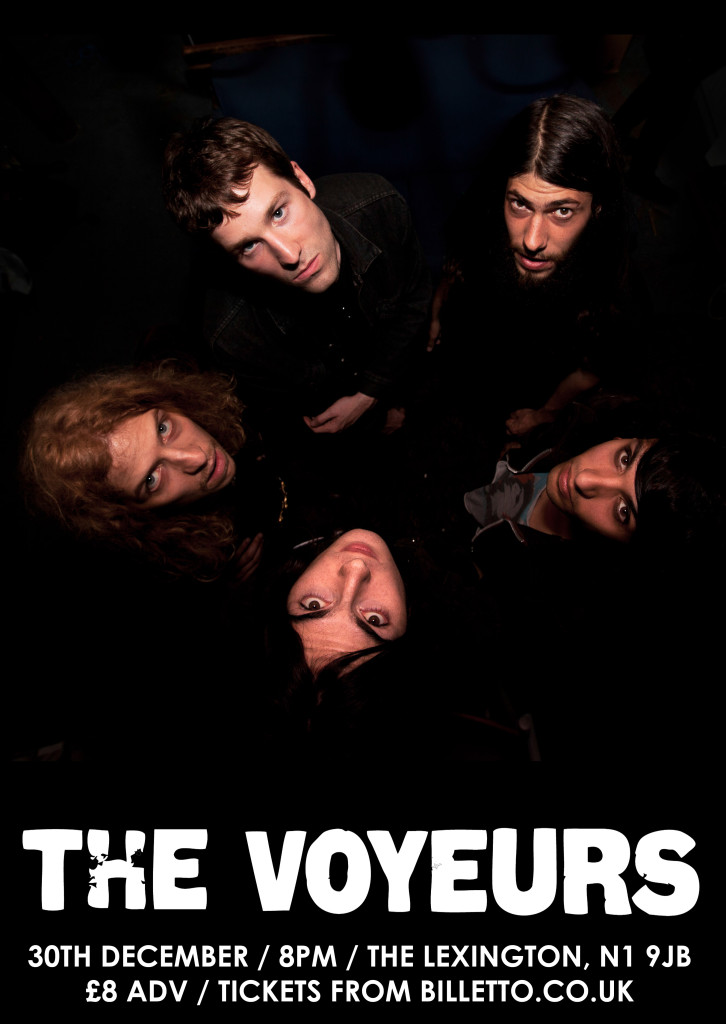 White Heat Goes Back To 2007
10pm – 4am adv £5
It’s that time of year, the shit Tuesday night between Christmas and New Year, the time to revisit the crimes of our youth, that golden time known as 2007.

White Heat DJs Matty, Olly and Marcus going back to 2007. No music from then until now. All music from Jesus till then. What this means is approximately:

Think of this as the basement of Infinity

Punk, Garage Rock, Surf, Post-Punk, Rock and Roll and everything that comes with that.

NYE at the Lexington with White Heat & Nightcare
9pm £15 advance
White Heat are back with us again this New Year. It’s sold out for the past six years so make sure you get in early! 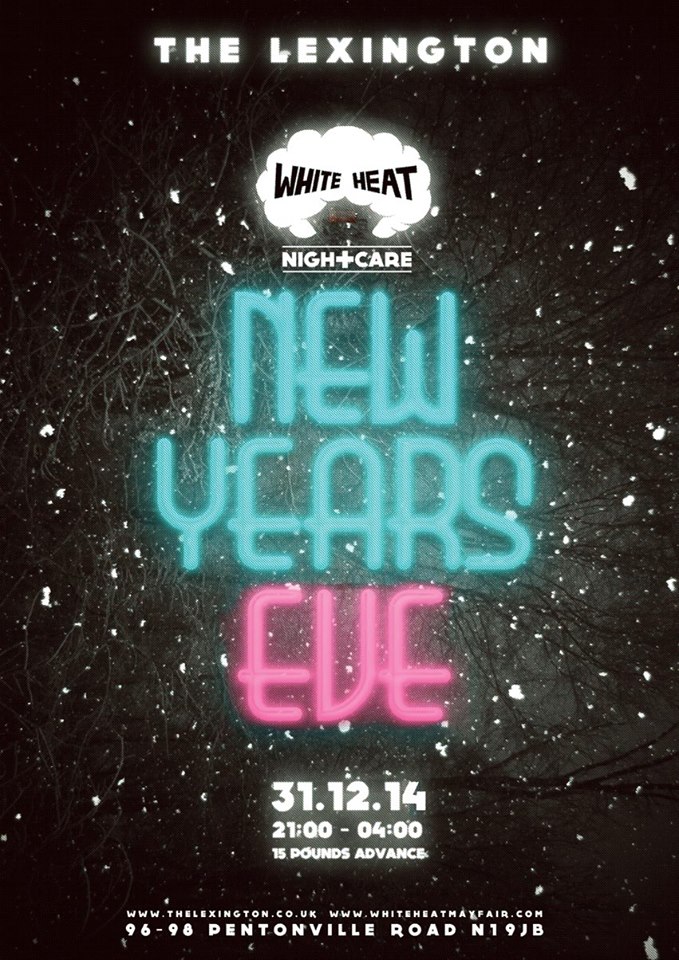