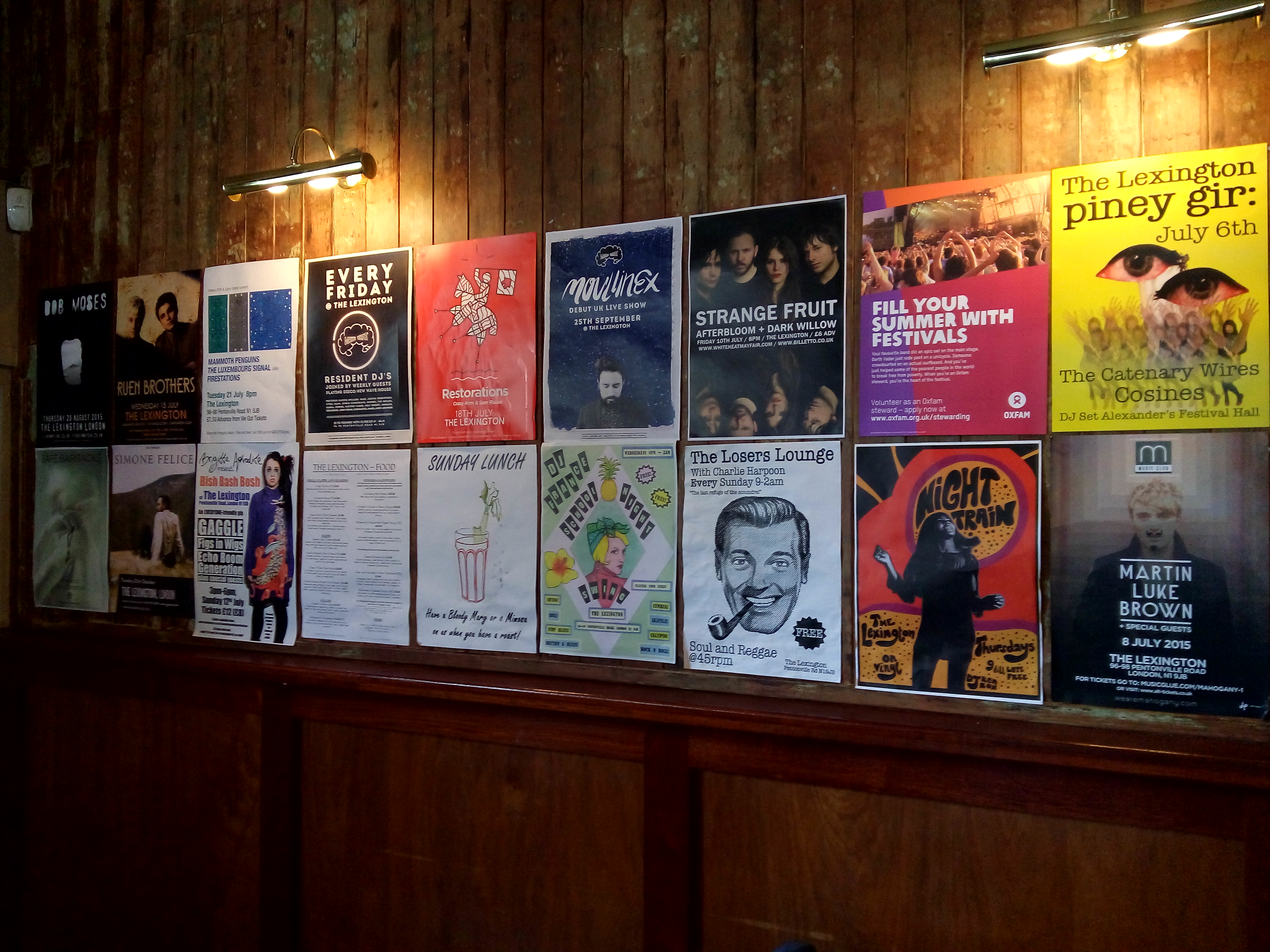 Summer is in full swing, we’ve got a new menu that’s full of fresh and delicious dishes, the slushie machine is on full blast hammering out ice cold Peach Mint Juleps and Frozen Margaritas and there are a load of great shows to shout about this month. Don’t forget if you’re coming for the gig and show your ticket or email confirmation we’ll give you 25% off your food order before 8.30pm!

Hit play and have a read…

Hippo Campus is four Minnesotan boys making music that is simple, joyful, and thematically soaked with the sense of cynicism accompanying the youthful search of self-meaning. The band’s debut EP, ‘Bashful Creatures’, is out now. Recorded over two days at Pachyderm Studios in Cannon Falls, MN, the EP was produced by Low’s Alan Sparhawk. With the philosophy that there is beauty among thorns, Hippo Campus presents the world of Bashful Creatures… 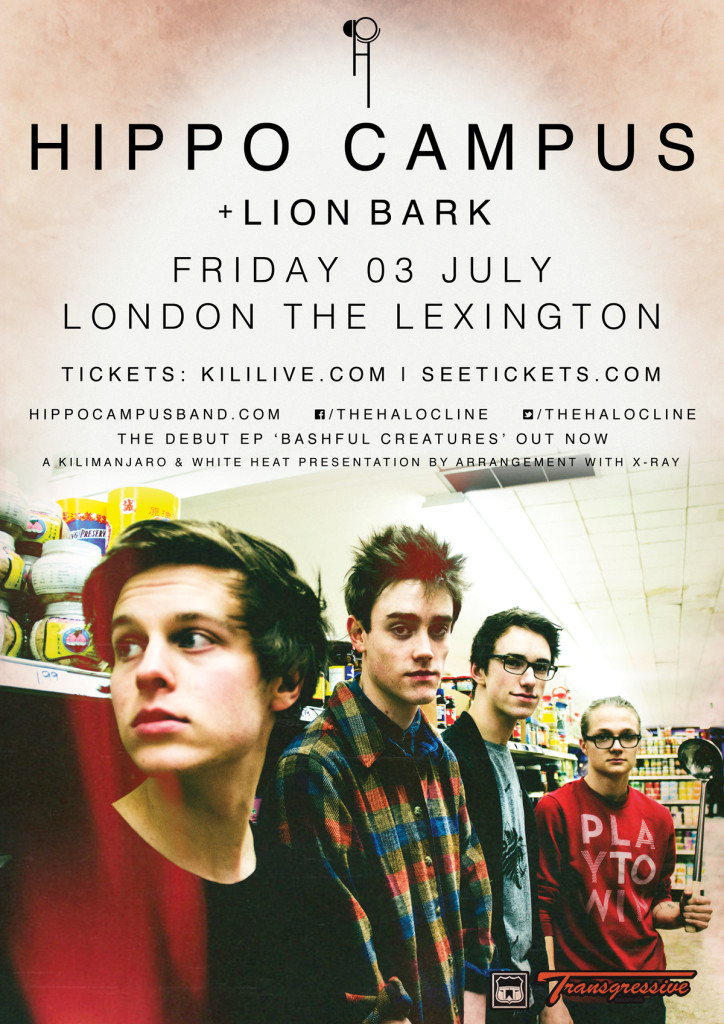 Adam J Harmer of The Fat White Family is going to be kicking things off with his One Man Destruction Show in the downstairs bar, followed by a deafening upstairs from psychedelic hillbillies Ten Benson and some power rock from Bad Guys, who famously got themselves kicked out of ATP and Butlins for destroying a chalet. Downstairs our denim-clad DJs will be playing the greatest American music ever made, a whole load of The Boss and a ton of 1980s power ballads all the way to 4am.

All powered by cheap cans of PBR and hundreds of hot dogs. 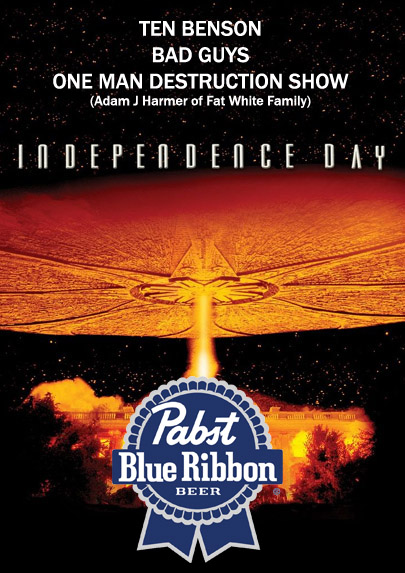 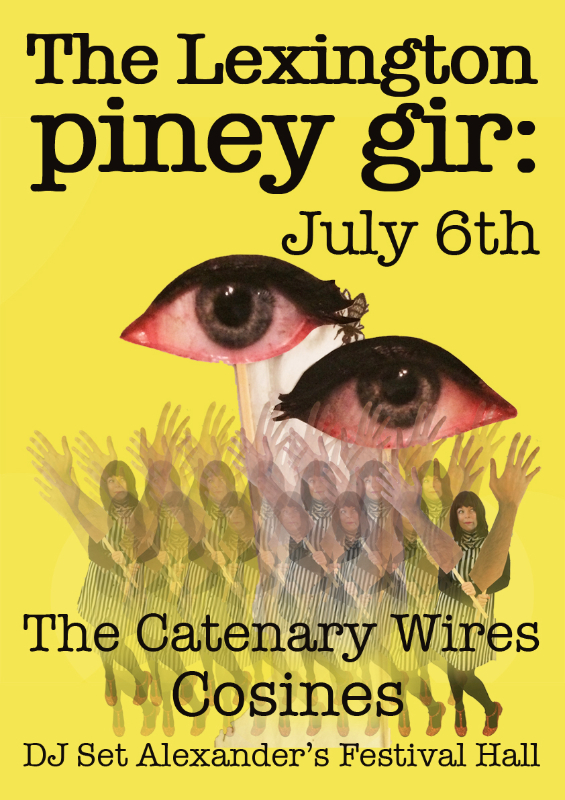 Best known for his original song “Battle Without Honor or Humanity,” which featured in Tarantino’s film Kill Bill, London-based Japanese superstar Hotei returns to The Lexington for an intimate show where he will be showcasing songs from his forthcoming new album, alongside favourites including the aforementioned “Battle.” 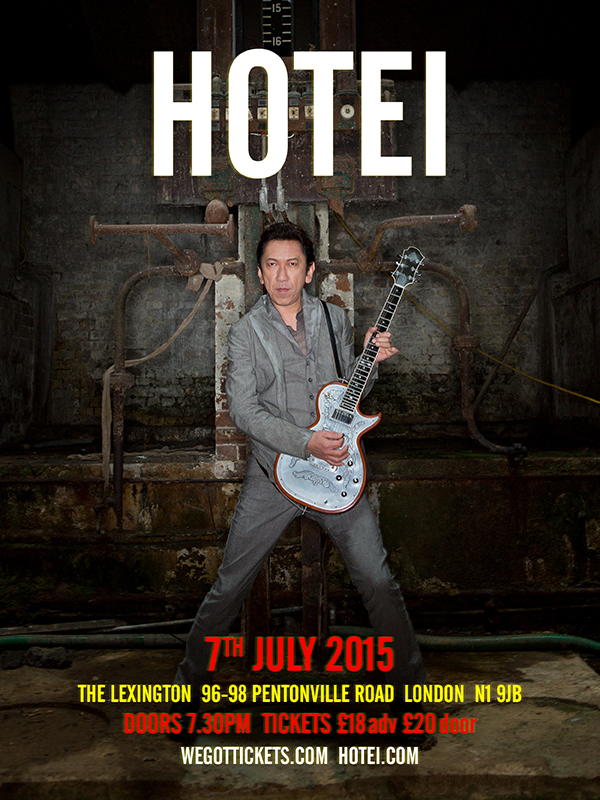 Blessed with a voice that’s equally adept at delivering gritty soul as it is with his folk-infused falsetto, Martin’s songwriting represents the pure essence of his classic influences. 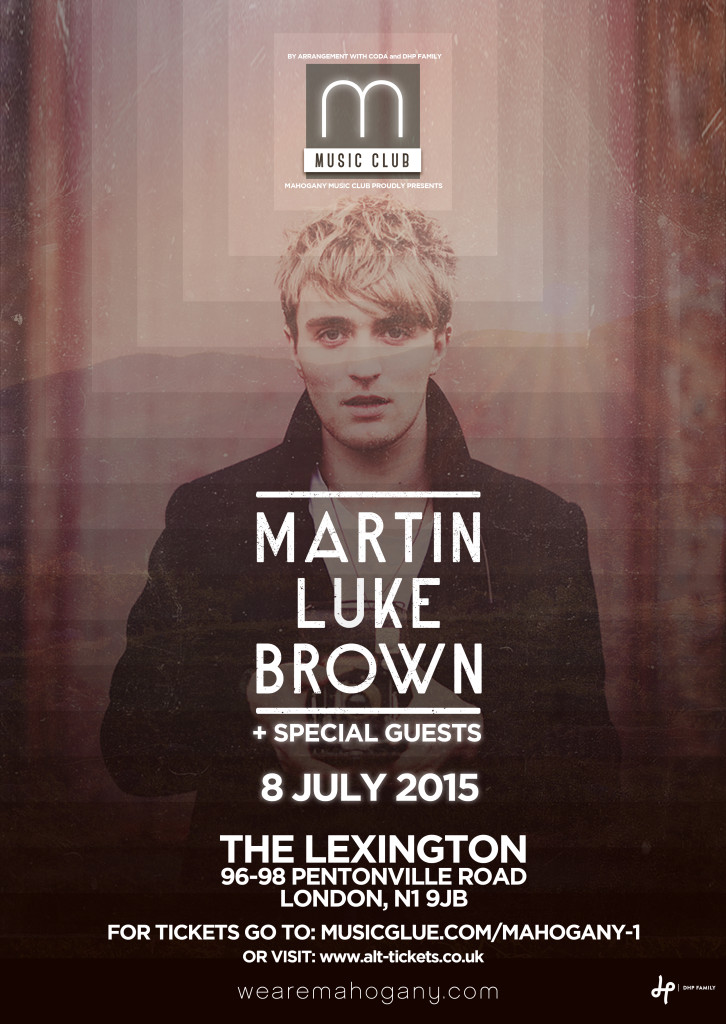 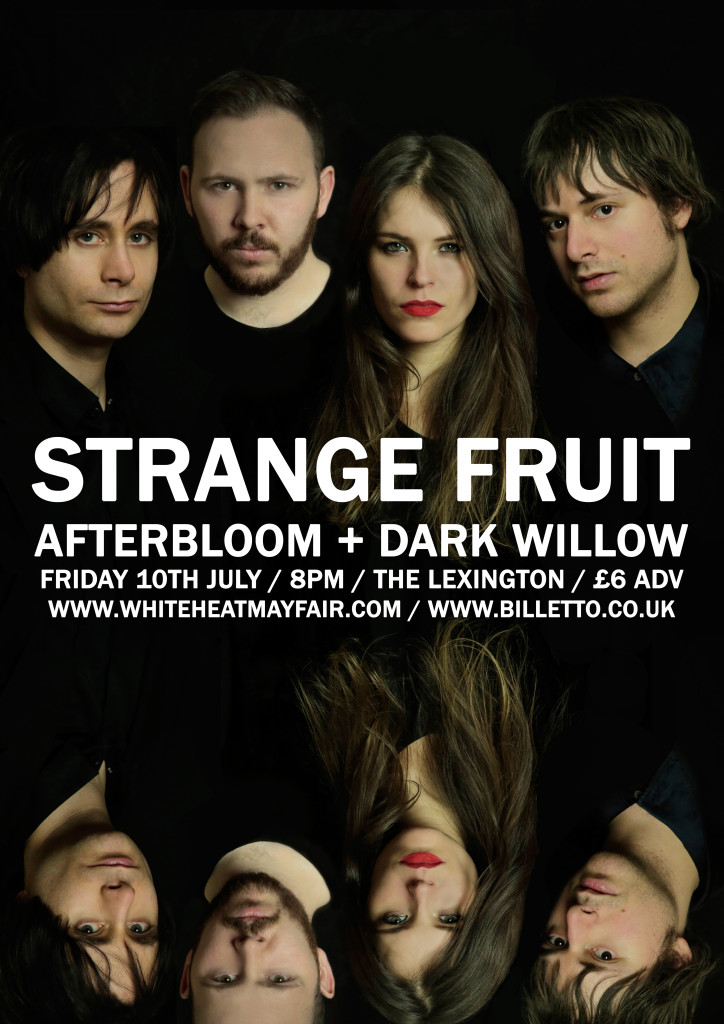 Gaggle is an all-girl alternative choir based in London. They were formed in 2009 and released their first album From the Mouth of the Cave in 2012. The group has about 22 members (at last count), each of whom goes by a single-name pseudonym. They’re essentially a radical girl group and the world’s best gang. 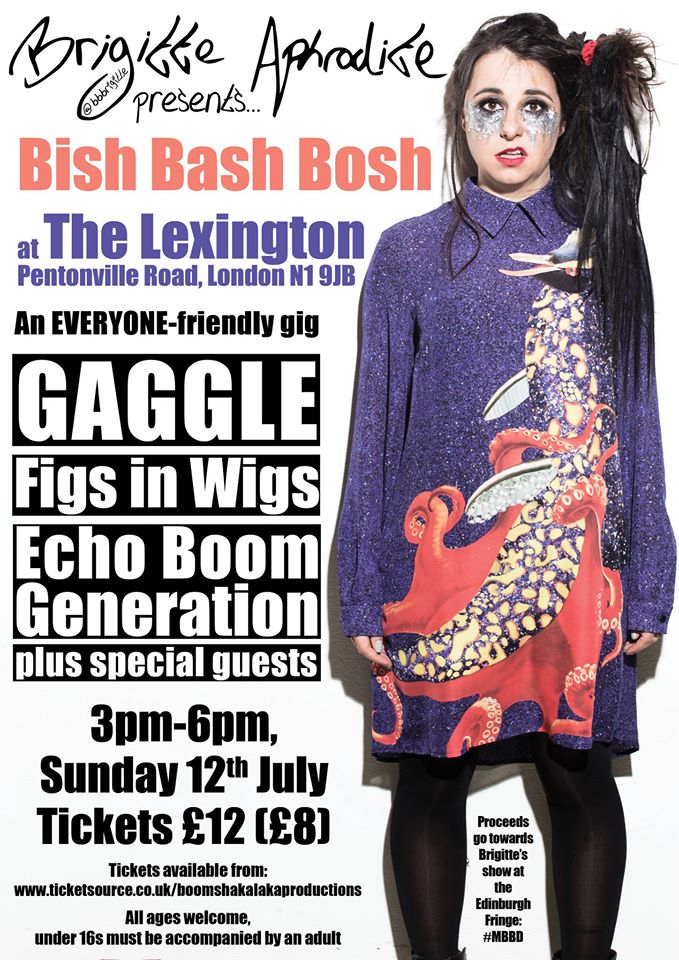 Roasts served all day and include chicken, beef brisket, lamb shoulder, pork belly and changing veggie options with all the trimmings. All are £12.50 and come with a free Bloody Mary or Mimosa!

They sound as though they’re leaning against a jukebox, curling their lip and snarling, “What have you got?” to wide-eyed rebel groupies even as we speak. They have one song called Walk Like a Man that Frankie Valli, for one, will be rather keen to hear. Other tracks of theirs, honed in the roughest watering-holes in Scunny (as they genuinely do call it), recall the primal R&B rumble of the early Stones, much like the music of those other fresh-faced northern scamps the Strypes, prompting The Fly magazine to declare that they “are doing for early-’60s beat music what Jake Bugg has done for skiffle”.

C Duncan joins us from Glasgow to launch debut album ‘Architect’, a dreamy, elegiac cut, that begins with crisp guitars and ’60s rock vocals before hurtling through swirling Krautrock atmospheres. 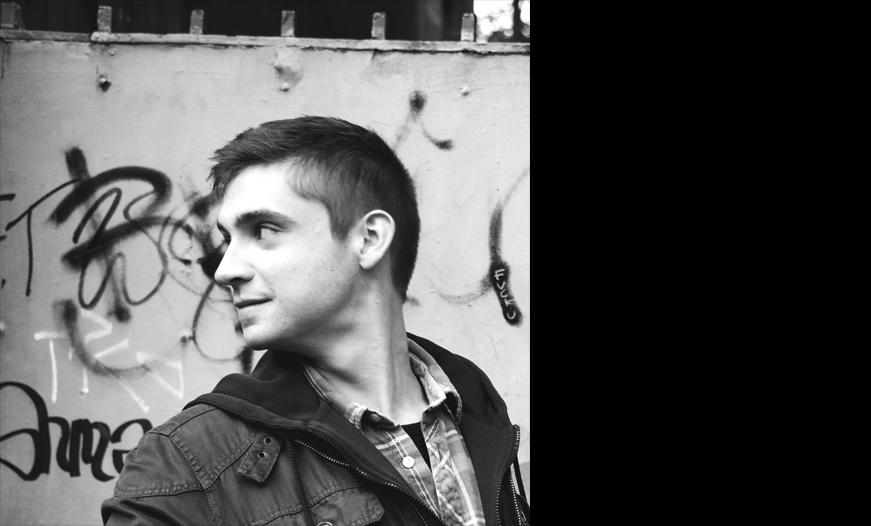 An act who undeniably embody the DIY spirit but also bring along a real breadth of musical knowledge and an unlikely set of influences that somehow manage to work perfectly together. Equal parts punk rock and polemics, Restorations is a unique group of musicians that’s difficult to categorize and even harder to get out of your head. Formed out of the ashes of the long-running Philadelphia rock act Jena Berlin, Restorations have created a sound that transcends punk rock and picks up where their extremely well-received self-titled LP left off. 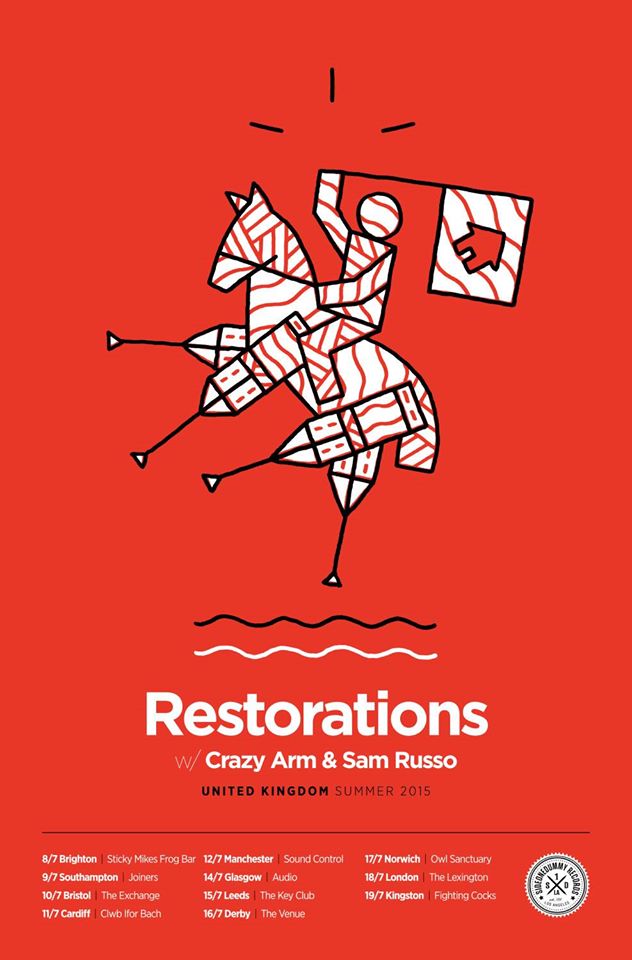 Standard Fare were an indie pop institution, with their passing causing much consternation amongst fans. Singer Emma Kupa is already pushing ahead with a new project, however, with Mammoth Penguins playing a flurry of well received shows. Wonderfully awkward indie pop with a literate flair, Mammoth Penguins will release debut album ‘Hide And Seek’ via Fortuna POP! on July 10th. Sounding like a lot Weezer record or even a more feminine Wedding Present, ‘Hide And Seek’ will be preceded by new single ‘Propped Up’. – Clash Magazine 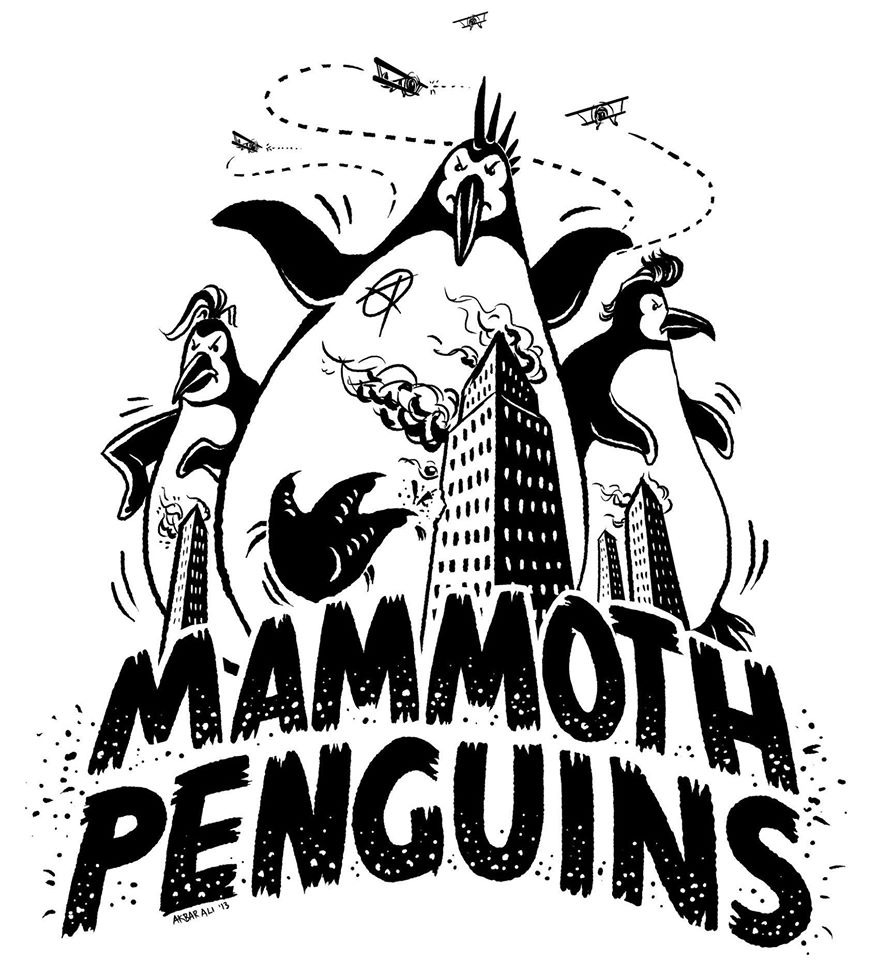 Newcomers Safe Barracks, their four members hail from Iran, France, Ireland and Germany via Chile. This is evident enough within their music, which takes on a curious blend of live instrumentation and electronic elements, dipping into all the influences that surround them in their current hometown of London.

SAM’s sound, if it can be categorised at all, sits somewhere within electronic alternative, led by beats rather than voices. Their phrases are intelligent, rhythms powerful, sampling seamless and sound generous; a trumpet played by Princess Leia adds ripples of warmth; by the end of the song everyone is exchanging those eyebrows-raised ‘this is great’ looks. – ‘It’s All Happening’ 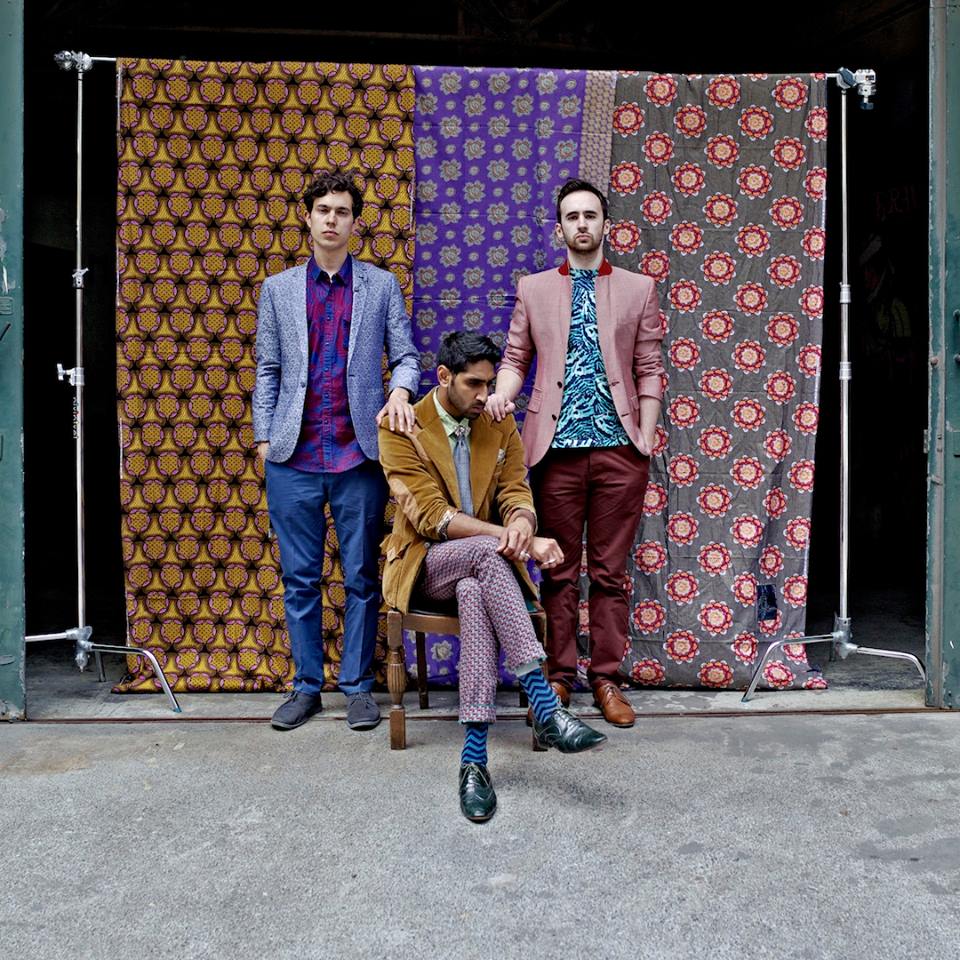