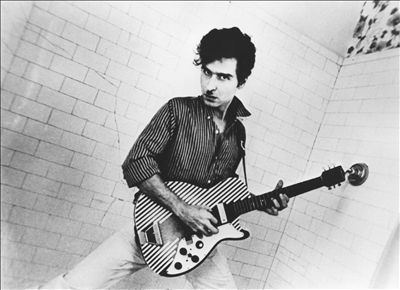 Summer is here! We’ve got the slushie machine churning out some really strong but really delicious drinks, a brand new Middle-eastern inspired summer menu (25% off before 8pm if you’re coming for a gig, just show your ticket/confirmation when ordering) and a month full of groundbreaking new artists, familiar faces, some serious political debate and most importantly NO MUD.

Should I Stay or Should I Go?

Amber Arcades is the moniker of Dutch-born musician Annelotte de Graaf. De Graaf first started writing songs in 2010 while temporarily living in Philadelphia. Back in the Netherlands she put out a first EP in 2012 containing soft-voiced, melancholic folk ballads.

Wanting to develop her sound and mature from the safe bedroom folk environment, she got in touch with producer Ben Greenberg (Beach Fossils, The Men, Destruction Unit) to produce a collection of songs she had written over the years. In May 2015, de Graaf flew out to New York to record the songs in the Strange Weather recording studio in Brooklyn, backed by a band consisting of members of Real Estate, Quilt and Kevin Morby. The result is a record that is as dreamy and esoteric as it is gripping, presenting slightly off, floating pop melodies over a mixture of kraut-inspired drums, cutting guitars and fuzzed-out organs.

Welcome to the sometimes playful, but otherwise dark world of Wildhood, a project birthed from rebellion. We go into the studio and make what we want. Walk through an experimental 8-track EP titled “Vert” that’s the brainchild of Jordan Stephens, an actor and musician from Rizzle Kicks. The Ep is out now.

Magortu Margai – AKA Mags – was forced to leave her native Sierra Leone because of civil war in her homeland when she was just six years old. Her family settled in South London, where the 23-year-old cultivated an unhealthy obsession with late 90s and early naughties Hip-Hop and RnB.

Cass McCombs, a sixth generation Californian, has produced seven and a half albums in his decade-long career. Since his emergence at a 2003 Peel session, McCombs’ provocative and vibrant songs have been covered by numerous artists, including Bob Weir and The National, who performed “Love Thine Enemy” in 2012. Often misconstrued as a solo artist, McCombs’ music is built within a community of essential collaborators, including long-time band members Dan “Buddy” Iead (guitar/pedal steel guitar) and Jon Shaw (bass), actress/singer Karen Black, light designers The Yellow Book Strangers, and visual artist Albert Herter. Anti-genre, McCombs’ songs are unearthed to illuminate human rawness and hypocrisy, to express !!!! in the universe.

True to form, the pair’s second record Treasure House continues to mostly sound like it’s been lifted from the dusty celluloid of forgotten cinematic masterpieces.

When it comes to following the beat of their own drum, New York’s Psychic Ills have exemplified the phrase since their beginnings in 2003. Initially spawned from electronic-centered home recording experiments, they progressed into all-night full-band exploration in a neighborhood where noise wasn’t a problem. They soon after evolved into a live band seemingly at home within the extended jam, exploring a variety of musical terrain. The early years saw several releases for Social Registry, tons of time on the road, and collaborations with artists as diverse as Gibby Haynes (Butthole Surfers) and Sonic Boom (Spacemen Three/Spectrum). In 2011, their first effort for Sacred Bones, Hazed Dream traded in the synthesizer space-outs and raga rumbles, and delivered a record of sunburned psych pop, awash in warm tones and blues damaged songwriting.

WHITE are taking over the Lexington for four nights across summer, bringing their “neon-streaked electro-funk”, as dubbed by NME, to White Heat and the Lexington

To celebrate the release of the first record on our own label, ‘A Season In Hull, The Wave Pictures return to play one of our favourite London venues, The Lexington.For the matinee show under 12’s gain free entry.The album was recorded on acoustic guitars in one room, with a bunch of friends, live into one microphone on singer Dave Tattersall’s birthday, January 28th, 2015. A ‘Season In Hull’ is a one-microphone happy birthday recording.

Misty Miller used to be rather mistier than she is now. Some years back she emerged as a ukulele-toting folkie, so wholesome she was charged with tiptoeing through bluebells for the Woodland Trust.

Now, like Grimes, the 21-year-old south Londoner wields her own tattoo gun, often on a whim. You can hear these growing pains played out on Miller’s winning new album. The Whole Family Is Worried takes the vexed business of being young and female to grungily honest but impeccably tuneful places. Miller deals in the kind of melodies that bring to mind the Americans to whom tunes are second nature – Kim Deal, say, or Jenny Lewis.

Happiness is a great feeling; Happyness is a great band. The South London trio specializes in lush-yet-breezy indie rock that conjures all sorts of wistful feelings then takes the piss out of them with wry puns and punchlines. Think of it as Sparklehorse’s mournful dream-pop pocket symphonies infused with Pavement’s winking ironic sensibility, or Yo La Tengo if their public sense of humor seeped into their records more often. It’s gorgeous, gregarious stuff, music that immediately ingratiates itself but continues to reveal new layers of beauty with time.

The Scientists went through many incarnations in their 9 year history but are remembered mostly for the line up that existed from 1981 to 1985. Kim Salmon, Tony Thewlis, Boris Sujdovic and Brett Rixon together had the peculiar chemistry that produced the classics, Swampland, Happy Hour, the Blood Red River mini LP and We Had Love. With a sound that was swampy, primal and modern-urban all at once – as much in the tradition of rock and roll and punk rock as it was a rejection of those things, the Scientists’ formula was as universal as it was specific to their own experience.

The Scientists catalogue is finally being re-released in a beautifully curated package from the premier reissue label, The Numero Group of Chicago in August 2016 and to celebrate the Scientists have reformed to play this show at London’s Lexington on June 25th.