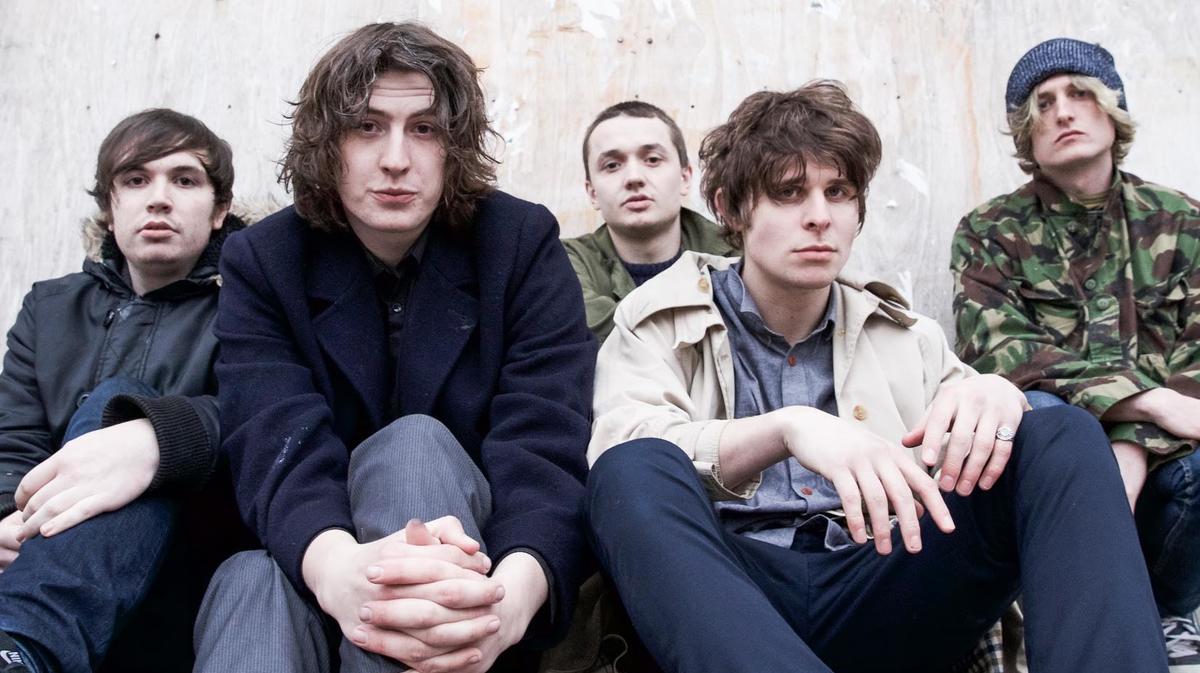 Global warming has become climate change, winter has become super winter and summer is but a distant memory. But summer is even closer than you think because we’re finally in the micro month that is February. Short but super sweet because it’s packed full of super rad gigs from the best bands in the entire world. True story.

Manchester five-piece Cabbage are one of the most hotly tipped bands right now and have just released their ‘Necroflat In The Palace EP’ on James Skelly’s Skeleton Key Records, the original home of Blossoms and home of She Drew the Gun. The four track EP is the second in a series of three monthly EP’s and follows the release of ‘Uber Capitalist Death Trade EP’ in September. Championed by the likes of Radio 1, BBC 6Music, Radio X, The Guardian, NME and i-D Magazine, they serve up an idiosyncratic, satirical attack in the form of discordant neo post-punk and will headline each night of the tour. The guys are currently on their own extensive headline tour which included a sold-out hometown show at Manchester’s Ruby Lounge.

Gringo Star are insouciant explorers, tossing the paddles overboard and drifting on the currents of their lackadaisical curiosity across a rippling sonic ocean, out to the far edges of rock & roll. Shots pulsing from a vintage Leslie speaker, their guitars, keys and vocals create the psychoactive ingredients of their echo-slathered, doo-wop-indebted indie gems; psychedelic garage bangers, gritty R&B shuffles and spaghettiwestern weirdness. Taking cues from Santo & Johnny, The Stooges, Ritchie Valens, Marc Bolan, Percy Faith, Sam Cooke, the men working on the chain gang—uh! ah!—they’re all here, their electric ghosts reaching across time, tapping Gringo Star on the shoulder like the crossroads devil to Robert Johnson, bestowing secrets, passing torches.

The Penelopes say they’re the only rock band you can dance to during the daytime without the help of chemical assistance. Once you listen to the electronic dream pop on their latest album, Never Live Another Yesterday, you will understand why. However, there’s a lot more to this duo than just well-crafted experimental pop music.

Big Thief’s music, rooted in the songs of Adrianne Lenker, paints in vivid tones “the process of harnessing pain, loss, and love, while simultaneously letting go, looking into your own eyes through someone else’s, and being okay with the inevitability of death.”

London funk punks PARK HOTEL and STATS continue into the new year co-hosting one of the best live dance nights in town this time to celebrate Park Hotel’s debut release ‘GONE AS A FRIEND’. Following the success of their pervious night launching Stats album ‘TEMPING’, the two groups thought of no better place than The Lexington to throw another party.

Dropping the poppier, softer edge, the Bella Union affiliates returned with a track that’s full throttle with sprawling guitar lines and galloping drums. It’s a homage to glorious rock cuts that are evergrowing and intricately layered. It premiered on Clash, who said it was “unrelenting from the off, it recalls ‘Sonic Nurse’ era Sonic Youth”.

They come to The Lexington in February to celebrate the release of their debut LP Locus.

From LA, unsurprisingly, this new trio combine surf rock riffs with gothic charm and an uncompromising vicious bite. Like a darker, more destructive Dum Dum Girls, tracks like Drive Your Car err on the side of Sonic Youth’s Death Valley era volatility.

Fresh from a US Tour supporting The Kills, L.A. Witch are gearing up for their first stint across the Atlantic, bringing with them a DIY attitude that spreads from single artwork to posters to stage prowess.

Playing The Lexington on February 18th, get yourself in the gloomy back room and get ready to be possessed.

Saturday Night, the first proper solo album from Tim Darcy (Ought), comes from one of those crossroads-type moments in life where one has to walk to the edge before knowing which way to proceed. Darcy actually almost bailed on the session at the start of day one, but was thankfully convinced to make the jump and record a crop of songs he had been amassing over the years–an initial set, curated from a much wider catalogue of young songs. A personal meditation reveals itself across these songs as you feel a poetic, thoughtful person attempting to reconcile a schism, one that grows more expansive as Saturday Night flows along. It is a journey, but it’s a really fun, gratifying one; like a poem where you’re not supposed to know exactly how to feel at that last line and you’re left just bursting with a wonderful emptiness.

“Tidal Wave is a blissful, psych-pop number which encourages the listener to calm down dear, hitch a ride on Tempesst’s space shuttle, and get lost in the sonic hypnoticism of their sunny grooves.” – Noisey/VICE

“It feels like the falsetto has been missing from psych for too long… Not so for east London’s Aussie twins Tempesst. New track ‘Too Slow’ cuts through like a woozy soul classic.” – NME, New Music Of The Day

The people in Syria need our help. After nearly six years of conflict the suffering in the country worsens everyday. António Guterres, Secretary-General of the United Nations called it “a disgraceful humanitarian calamity with suffering and displacement unparalleled in recent history… The worst humanitarian crisis since Rwanda.”

Join us for this charity concert featuring an incredible line-up of acts including Howling Bells, Rozi Plain, Tusks and Glassmaps. DJs to be announced. The event will be at the Lexington.

There are two types of tickets on the evening. One for £15 and one for £10. It’s totally up to you as to how much you want to commit. All the collected money will be donated to the chartity organisation Hand in Hand for Syria, see more info below. You can donate a maximum of £10 on the evening and leading up to the event through JustTextGiving. All you have to do is text “HIHS10” followed by any amount between £1-£10 to 70070 (eg. “HIHS10 £10” to 70070)

Emel’s first album, Kelmti Horra (My Word is Free), introduced her groundbreaking marriage of sounds steeped in Tunisian rhythms and electronic beats. On Ensen, she’s developed a style that’s even more uniquely her own, combining organic and electronic sounds to produce a record that will appeal to any lover of innovative and heartfelt music. “It took a couple of years to realize the visions that were popping up inside me,” Emel says. “I faced resistance from people wanting to keep me confined to an ‘ethnic box’ and trying to limit my creative freedom.”