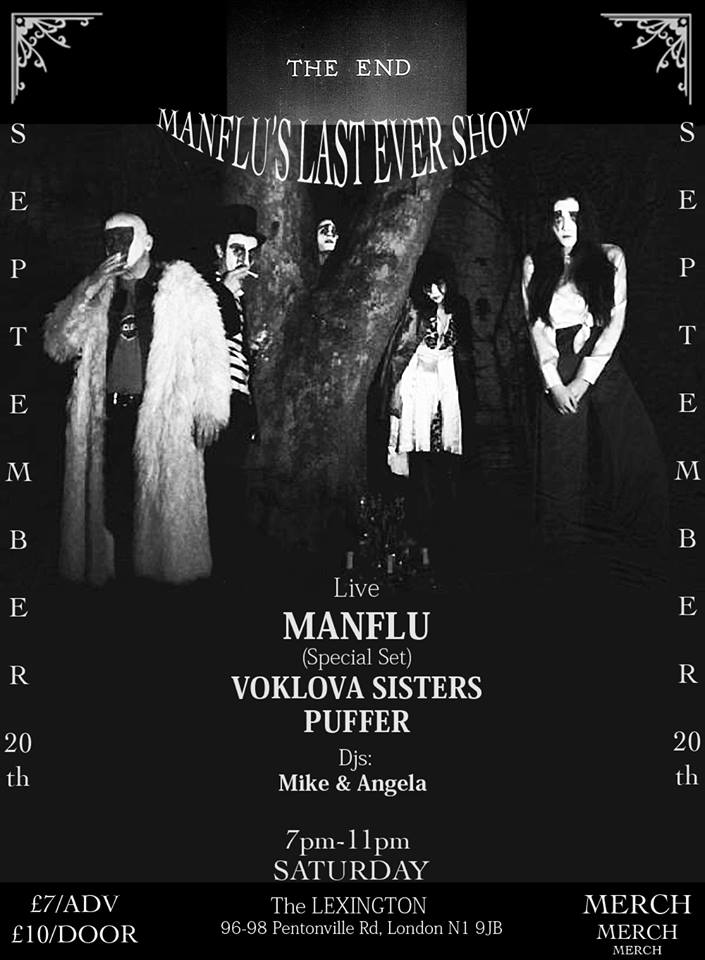 Manful have been one of those bands who, over their seven years, have become ingrained in the Lexington and everything we’re about. They’ve played for us a load of times, they’ve drank in our bar and just generally been a band we’ve been proud to call our friends. So it’s with a heavy heart that we get to hear their noise one last time, however we’re overwhelmed that they chose to be inside us for their last ever show. Here’s what the band have to say:

It is with both excitement and regret that we announce our final ever show on September 20th 2014. It has been almost 7 years and we do not regret a second, but the time has come to move on to new pastures musical or otherwise!This is our chance to say thank you and goodbye to you and each other in the best way we can imagine; playing a huge range of songs from our back catalogue with bands we admire all in one of our favourite venues as a band.

This will also be your last chance to physically buy our album in cd and vinyl format as well as t shirts. We are still selling them online so I would suggest buying one now incase they sell out before the show! http://manflu.bandcamp.com/merch

Support comes from The Volka Sisters and Puffer, with DJs Angela (Parlour/Prom) and Mike Page (Joys of Life album co-producer)

We look forward to seeing you for the last time

Get your tickets now to avoid disappointment https://billetto.co.uk/manflu–volkova-sisters–puffer