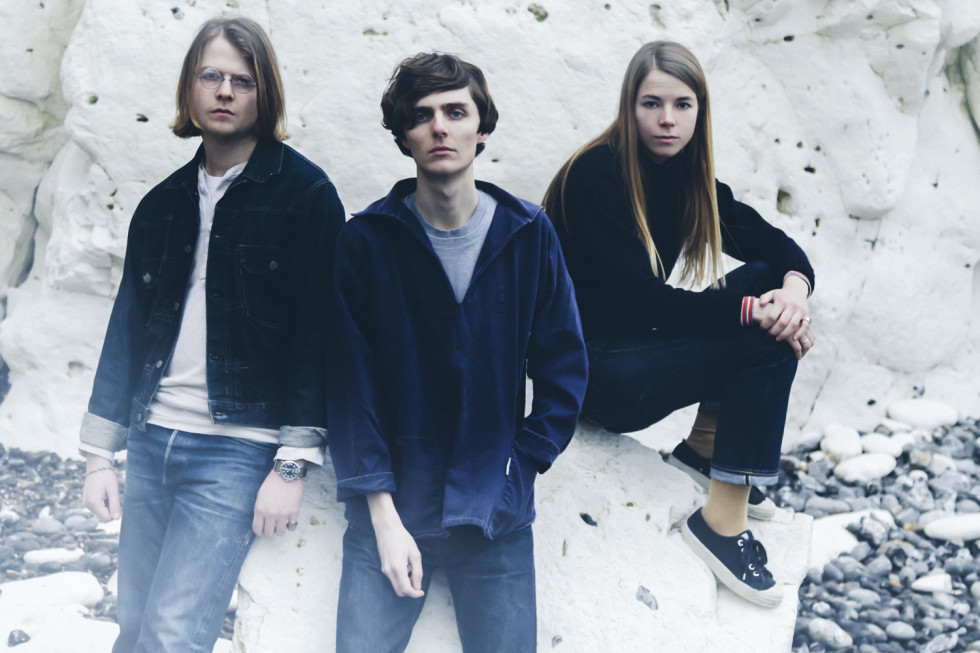 Ed Nash is Toothless, a brand new project from the Bombay Bicycle Club musician. Toothless is proud to unveil a debut single, ‘Terra’. It’s released on the 13th May 2016 through Transgressive/ParadYse Records (Marika Hackman/Spring King/Blaenavon) on limited edition 7” vinyl/digitally.

His opening statement here, ‘Terra’, was self-produced and then mixed by Beach House/TV on the Radio’s acclaimed producer, Chris Coady (with some additional production by Jack Steadman).

+ James Cherry + King No One

The sophisticated sound of Avec Sans already has them on the lips of Vogue.com, luxury designers Dolce & Gabbana and has even led to them being asked to design a shoe for edgy London designers SWEAR. Kylie Minogue’s Director of Music has publicly expressed his support for the band and at radio they’ve gained national radio playlisting from XFM as well as coverage from BBC 6 Music, Kerrang, Capital and a No 1 charting single on Amazing Radio. Duo Alice Fox and Jack St.James combine the glassy synth sounds of the 80’s with the punchy heat of London youth.

Meursault is a creative offspring of Edinburgh’s champion of epic lo-fi Neil Pennycook, who describes it as ‘a solo project with a revolving cast of friends/musicians.’ Since their debut Song, By Toad release in 2009, they made appearances at major music festivals (SXSW, Glastonbury, T in the Park, End of the Road) and received critical praise from the likes of Pitchfork, Drowned in Sound, The Skinny and The Line of Best Fit. In 2013, Meursault’s third album, Something for the Weakened, was nominated for the Scottish Album of the Year (SAY) award. After a break of three years performing under the moniker of Supermoon, Neil Pennycook came back to Meursault with an EP Simple is Good, released on Song, By Toad in November 2016.

Even though they may sound more like some lost outfit from the depths of mid-sixties Texas than a bunch of scruffy kids from the streets of 21st Century Brooklyn, The Mystery Lights combine relentless enthusiasm, and a knack for a hook into an all-action rock n roll combo for the here and now.

Their first single paired a ridiculously catchy neo-teenbeat number “Too Many Girls” (our protagonist surrounded by a feminine throng he can’t control) with the snaking psych-blues of “Too Tough To Bear”, featuring the band dragging their squalling guitars deep into swampland. Though it was recorded to 8-track tape at Daptone’s legendary House of Soul by Daptone studio superstar Wayne Gordon and mixed by Bosco Mann, it was the cutting engineer JJ Golden who called it “the hottest record I ever cut.”

The Blueprint Blue line up of Elliot Hayward, Melissa Rigby and Huw Webb formed in 2013 when Hayward discovered that Rigby and Webb shared a mutual love of The Grateful Dead, Neil Young, and Jackson Browne. Their manifesto is simple; beautifully crafted melodies, heartfelt story telling and a classic authentic sound. Whilst Blueprint Blue’s musical influences are rare in the contemporary music sound of the day, they’re undeterred and take their inspirations to craft something very special indeed.

“infectious, upbeat sound that they’ve perfected on their Saviour EP brings to mind fellow blossoming alt-rock contemporaries Eliza and the Bear and Lisbon, but they have enough of a synth-laden edge to set them apart in all the best ways.” – The 405

Highly acclaimed Greek indie-pop experimentalist Leon of Athens has unveiled his brand new song ‘Xenos’. Leading with dark creeping electronics and stark guitars, the song is the first single from the new album recorded with producer David Kosten (Bat for Lashes, Everything Everything).

The Lene Lovich Band and the leading lights of the London Antifolk community are joining forces to raise moolah for legendary Antifolk founder and all round good guy Lach. Trailblazers rarely receive the spondoolies they deserve, but as Mrs. Lach undergoes treatment for cancer, our boy has to stay home and look after her and their nipper Henry, and thus cannot earn a crust slinging guitar or entertaining a cold indifferent world that would only notice art if it wasn’t there. Lach created a scene out of nothing, and many have found themselves and their voices and each other as a result of his generosity and energy, and its time we showed him our love and see if we can line his pockets in the process.

The Wild Things are Syd, Rob, and Cam, who between the three of them consist of artists, musicians, actors, producers, designers, and dancers. But if you think that’s a lot to remember, try this: Cam and Syd are brother and sister, born and raised in West London where they grew up in the basement of an art deco ‘castle’ hand built by their father, painstakingly practicing music and assembling the studio where all their music is still recorded to this day. Rob has no siblings in the band, and is from Rotherham. Syd and Rob are both actors, and have each appeared in several theatre productions (Quadrophenia, Romeo and Juliet), TV shows (New Tricks, The Syndicate, Young Dracula, Silent Witness), and films (Deadbeats, Rules of Love). Cam currently does’t act, but he does produce all of The Wild Things’ music, as well as being an accomplished guitarist, bassist, pianist, drummer, and organ player. Cam was born deaf, but this has never stopped his musical exploration. Got it? Great, because there’s more!

Syd and Rob met on the set of the musical QUADROPHENIA. In that production they also met a man named Pete Townshend, who they now feel lucky to count as a friend as well as a fan. Pete once played in a band called The Who. Cam and Syd were also in a previous band once, but when that came to a standstill, they summoned Rob’s lyrical prowess to form The Wild Things. Syd and Rob now live together, along with a cat named Filthy McNasty, who, like Pete, they also consider as a friend and fan. Filthy McNasty was never part of The Who.

After years of being based in London, the band felt the urge to move to LA. So they did it.
The Wild Things is an embodiment of this crazy, hectic, and restless story. Their music conveys both the excitement and pitfalls of living a lifestyle that is constantly in motion and never static. Optimism, wanderlust, loneliness, and vulnerability all find a place in this journey. There should be a place where only the things you want to happen, happen.

Longfellow return to play their first London show of 2017. Having finished recording their debut album, this is an exclusive gig showcasing a combination of old favourites and new releases. The band have had four consecutive singles play-listed across 6music and Radio 2 and have supported the likes of Coasts, Augustines and Walking on Cars. Few acts sport such an unusual array of achievements, having toured with Hall & Oates, headlined the BBC introducing stage at Hyde Park and sold-out their last London show at Bush Hall this promises to be another night to remember.

Daniel Wakeford is a singer-songwriter from the UK’s burgeoning learning disabled music scene, based in Brighton writing and recording music since 2009 and has amassed an impressive back catalogue, in excess of 60 songs. He gained a cult following, due to his show-stealing appearances on Channel 4’s ‘The Undateables’.

Bill Baird has been plugging away since the start of this century, as a member of Sound Team, under the Sunset nom de plume, and as a solo artist. His third solo record is a sprawling, expansive thing – 78 minutes long – that’s almost like a psychedelic journey through the day.

A sensual, esoteric singer/songwriter whose odd, sparse songs nod to influences like Paul Simon, Joni Mitchell, and Vashti Bunyan, Jesca Hoop got her big break thanks to her gig as a nanny for Tom Waits’ offspring in the early 2000s. Hoop had grown up in a musically inclined Mormon family, but left the fold soon after her parents separated. She traveled around California, Wyoming, and Arizona writing songs and honing her craft before settling down with the Waits family for five years as their nanny. Waits took a liking to Hoop’s offbeat indie pop songs, which in their own way linked her with so-called “New Weird Americans” like Devendra Banhart, Joanna Newsom, and Faun Fables.

Cosmic Strip formed a couple of years ago, but 2016 seems to be the time when everything clicked into gear. Bubblegum melodies shrouded in fuzz, the band’s potent, psych-addled live show seemed to be one of summer’s ever-present charms.