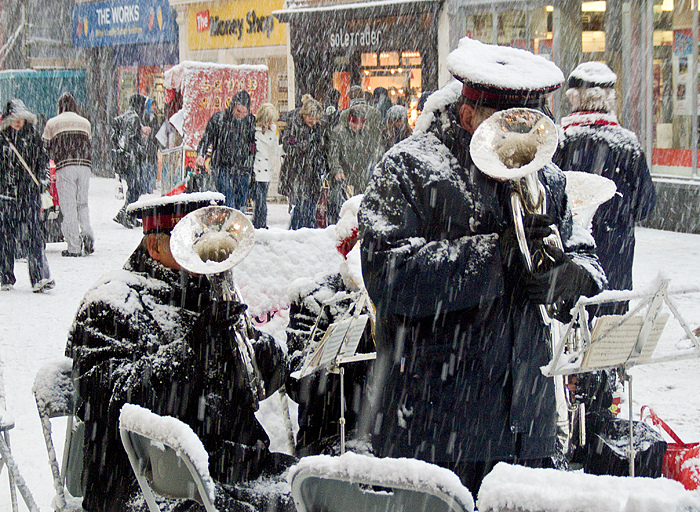 As a solitary inch of snow grinds the nation to a halt we plow on through with some great shows to get you through to Spring’s warmer times.

KA BAIRD is a multi-instrumentalist and vocalist living and working in NYC. She is one of the founding and continuing members of the long running avant-psych project Spires That In The Sunset Rise. Described by Jack Rose as a “female Sun City Girls,” STITSR have contributed a different slant to the New Folk movement by incorporating various avant-garde and world music influences into their music. Their sound has been compared to the Raincoats, Meredith Monk, Comus and Harry Partch. Their most recent album “Beasts In The Garden” was described by Marc Masters as “some kind of long-lost Terry Riley/Angus MacLise collaboration, equally devoted to divine repetition and center-seeking ritual.” Since 2001, they have released eight full length records and several side releases.

After relocating to NYC in November 2014, Baird has set off in numerous directions apart from Spires with new collaborations as well as honing in on her own solo work. Her current work explores piano improvisation, electroacoustic interventions, extended vocal techniques, physical movement, and her unusual electronic manipulation of the flute. She released an album of piano improvisations through Brooklyn label Perfect Wave “See Sun Think Shadow” in November of 2015 and a tribute record ‘A Love Supreme’ dedicated to John Coltrane through Chicago label No Index in January of 2016. Most recently Baird released ‘Sapropelic Pycnic’ through Drag City described as a possession, a catharsis, a transformation; an act of physical consumption, a much needed sacred gesture.

CARO –
“Definitely a name to listen out for in the future. They’re really great live, catch them if you can.” Huw Stephens, BBC Radio 1

“a Leeds-based trio sporting stately, delicately-arranged pop that’ll slap you round the face with a fish” – DIY Magazine

Freshly signed to Marshall Records, REWS are a gritty girl:girl Belfast/London duo that play edgy rock guitar and drums… “FANTASTIC – LIKE A FEMALE ROYAL BLOOD” said Mark Radcliffe on BBC TV after they played the John Peel Main Stage at Glastonbury this year.

Once signed they recorded their debut album in the world renowned Abbey Road Studios in London, in June 2017 they released their first single on Marshall “Miss You In The Dark” to coincide with their Glastonbury show on the mighty John Peel Stage.

So far the single has been played on Radio 1, Radio 6, Radio X, Kerrang Radio, Planet Rock as well as national stations in Ireland and Japan.

REWS are off the starting blacks and now it’s their time to shine!

‘Hooks that give you goose-bumps you could hang your hat off, adore this’ – Hot Press Magazine

‘Deadly new tune, like Breeders or Throwing Muses, if you’re not instantly foot-tapping then you must be clinically dead’ – Joe Donnelly – XFM

Sir Was is the musical journey of Joel Wästberg, documenting a wealth of unique & idiosyncratic influences. Growing up in the tiny village of Frillesås on the western coast of Sweden, he had an early career as a jazz saxophonist that led to studying in Gothenburg (where he lives now) and an influential time at the University of Kwasulu-Natal in Durban, South Africa. From there he started focusing more on drums, and immersed himself in discovering pan-African rhythms & sounds, traveling through Mozambique and Zimbabwe, finding musical inspiration all along the way. The resulting range of styles is as uncommon and refreshing as the story might suggest. It is intricate without feeling complex, with driving beats and dynamically varied instrumentation weaving throughout.

sir Was’ first offering is a relatively gentle introduction. ‘A Minor Life’ sets the scene with colorful flourishes of bagpipes & recorder sailing around a core of syncopated modular synths. Nestled underneath is a swinging live beat so clear and sharp, it could be mistaken for a J Dilla sample.

Simply put, whilst some artists strive to push boundaries, sir Was seems blissfully unaware of them in the first place.

CHRIS CORSANO and BILL ORCUTT have spent the last five years flaying eardrums and blowing minds worldwide with a wildly polyrhythmic, high-register wail that splits the difference between rock, noise and jazz. As a co-founder of free-punk demolition crew Harry Pussy, Orcutt inspired entire genres of noise rock, and a decade after Harry Pussy’s demise, re-emerged as a solo performer, creating a singular guitar lexicon suited for both discursive improvisation and cracked reinvention of the American songbook. Chris Corsano is the rim-batterer of choice for some of the heaviest contemporary purveyors of both jazz (Evan Parker, Paul Flaherty, Joe McPhee) and rock (Bjork, Sir Richard Bishop, Jim O’Rourke), and is a formidable solo performer in his own right. When playing as a duo their avant drum-and-guitar improvisations provide the illusion of chaos. The longer you listen however to the onslaught of drum rolls and pock-marked notes, the more the communication (and, what’s more, control) become abundantly clear. Their explosive mayhem has been documented on Orcutt’s Palilalia label over the course of several live releases, most recently on the double LP “Live at Various/Various Live”. Their first ever studio recording is scheduled for release later this year.

“Eera, the moniker of the Norwegian-born, London-based musician Anna Lena Bruland, releases her debut album Reflection Of Youth via Big Dada. Reflection Of Youth – which was recorded in a studio on a working dairy farm deep in the wilds of West Wales as well as in the producer’s home studio in Cork, Ireland – is an album of visceral beauty and blistering honesty. It is a brave, candid and uncompromising record about finding purpose from confusion and strength in your weaknesses. It’s about learning how to work through your problems and take charge of your own life, instead of relying on others to do it for you. Its ten songs were largely composed in the small hours of the night and are arguably best experienced in that context, when soul-searching and introspection come naturally. For Anna Lena, the album is a document of a tumultuous chapter in her life. It’s very much about living through your twenties, which in Norwegian society are “the years when you’re supposed to figure everything out.” For fans of PJ Harvey, The Kills, Portishead and sultry downbeat pop.” Rough Trade

Born in Johannesburg and raised in Doncaster, Skinny Pelembe is based in London. I’ll Be On Your Mind has been receiving radio support from Lauren Laverne on 6 Music, Huw Stevens on Radio 1, Jamz Supernova on 1xtra and Tom Ravenscroft on 6 Music, with previous single Seven Year Curse picking up airplay on Benji B on Radio 1 and Gilles Peterson on 6 Music.

Peterson has shepherded his rise, first through his Future Bubblers programme for new artists, followed by his inclusion on legendary compilation series Brownswood Bubblers. He’s been profiled by Pigeons & Planes and Clash, and Seven Year Curse was supported in record shops like Rough Trade, Sounds of the Universe, Phonica and Sister Ray.

“A master of the mic, proving to be a major force in the UK urban scene”- GigSlutz

AFRIKAN BOY aka Captain Afrika the godfather of Afro-Grime at the prime age of 28 announces his first London headline show for 2018. On his continual rise in the UK music scene, this fusion MC / rap artist, first came to our attention nearly a decade ago with his catchy, clever song “Lidl”

No one does it like AB does fun, energetic electro beat over bass-heavy sounds of urban London and his accustom English Pidgin rhythmic delivery of which he was ridiculed for years ago and has now become an accepted crossover recipe for new wave of Afrobeats artist.

Expect AFRIKAN BOY to belt out “Y.A.M” and “LIDL” either side of “Who stole your visa”, “Mr Kunta Kinte” and new tracks from the brilliant forthcoming album “Life in The West” due to be released in 2018.

Warning: This will be a sell out show you are hereby strongly advised to buy your tickets now to avoid disappointment.