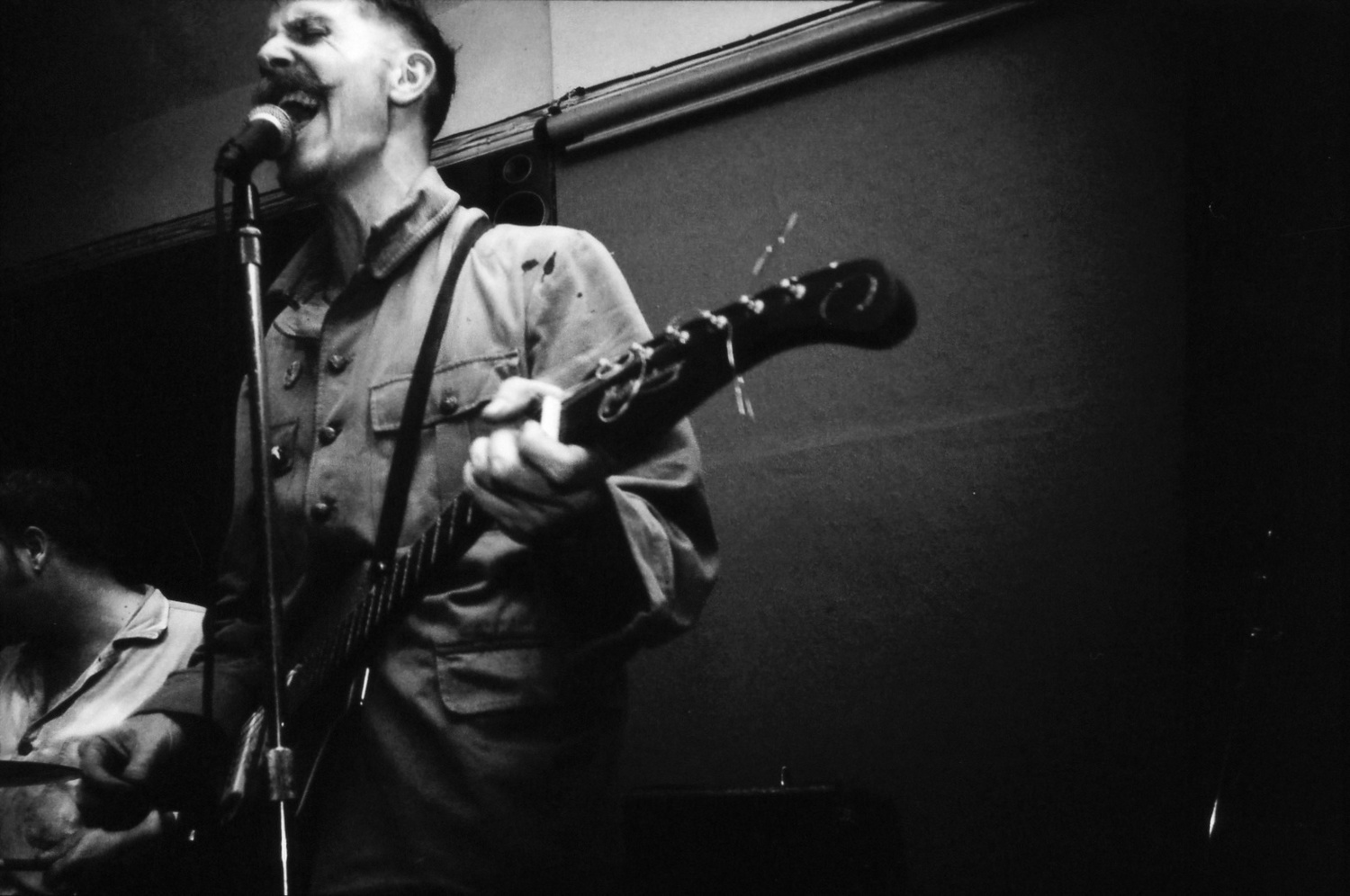 We’ve got a slew of great gigs coming up in May, Billy Childish, Luke Haines, Holly Golightly and Evil Blizzard are already sold out but there’s plenty more great stuff coming up!

And we’ve got a delicious new food pop-up in the kitchen, called Bonnes Frites, who will be serving up some of the best chips we’ve ever eaten along with cheesy delights like roasted Camembert, brie cheeseburgers and croque madame/monsoir. It’s around for the whole month of May!

One of the most imaginative characters on the pop music fringe, since the year 2000 Thomas has been traveling the world performing with his evolving “band” of bizarre self-made Harry Partch-esque instruments including a motorized drum machine made of bike wheels called ‘Mother Superior’ and a pimped-up Dr. Seuss-ian Gramophone called ‘The Hornicator’, as well as his venerable resonator guitar ‘Hank’. Time Out magazine has dubbed him “The king of home-made instruments” while Splendid magazine called him “one of the five or ten best singer/songwriters in the world that you’ve never heard of…an exceptional talent, unique and resistant to comparison, yet fairly accessible even to casual listeners.”

Four best friends from Seattle have come together to create Lost Time, Tacocat’s third album, second for Hardly Art, and first with Shabazz Palaces producer Erik Blood. In their eighth year as a band, Tacocat have been accredited as a forerunner in the cultivation of their city’s “girlband” scene, but the group isn’t so quick to accept this label. Though Tacocat’s songs often present unabashedly feminist messages, members refused to be classified as anything other than human, arguing that both their music and their message are valid without being pin holed into as niche or a novelty. This biting and clever stance is embodied in music that’s as unapologetic as it is well written.

After a nearly seven year hiatus Robin Proper-Sheppard and his Sophia “Collective” are set to reintroduce themselves back into this lovely world of sadness and sorrow with what could arguably be considered, in the world of Sophia at least, one of their most positive and upbeat numbers ever: Resisting

Telegram need no introduction to regulars of the Lexington, Oli is probably the longest serving member of the Lexington family and one the most versatile. He’s one of our most loved DJs, pulls a mean pint and shines up a bar up like no one else when he works the boozy afternoon shift. By night he’s in one of our favourite bands, Telegram, who are leading the current wave of psyche rock revivalists (along with sometime Lexington door person and drummer Jordan Cook).

Lewis Del Mar, a duo from Rockaway Beach in Queens, NY, is the project of two lifelong friends who have crafted a sound as challenging as it is comforting. Their sonic hybrid blends barefaced bedroom recordings of acoustic guitars and soulful vocals over a rich soundscape of complex live and sampled percussion.

The New York Times claimed “Loud(y)” to be a “clattering profane mixed-media anthem” and iTunes placed it on their “Best of 2015” list. Their debut EP is complex and intriguing, keeping the listener peering curiously around every corner to get a glimpse of what’s next.