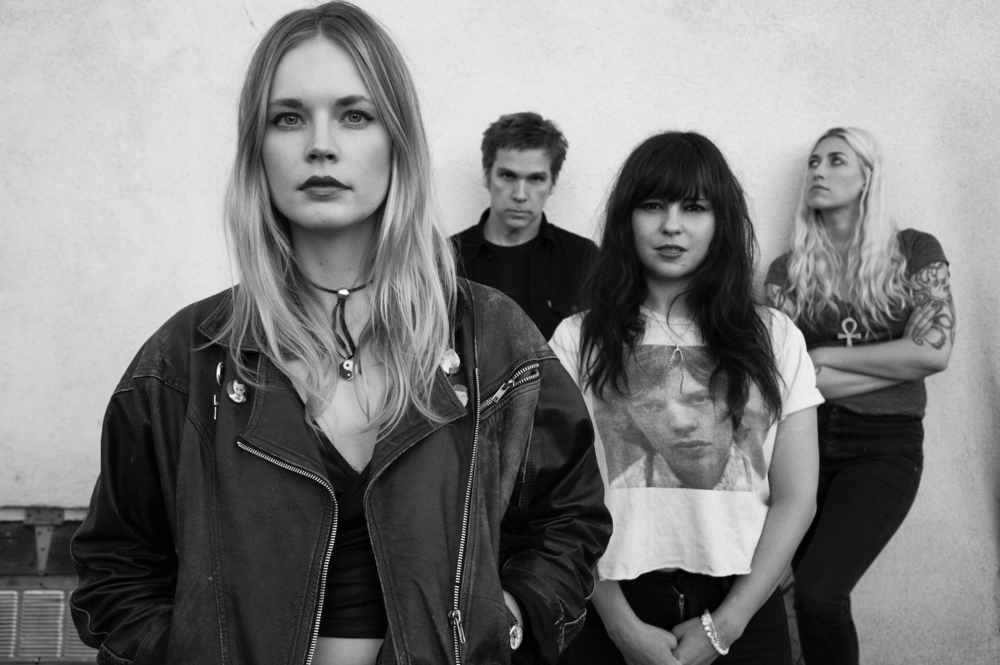 Polymath percussionist Thor Harris inaugurated “Thor & Friends” in the autumn of 2015 after five years of touring as the percussionist of iconic avant-rock ensemble Swans. The project is intended as a vehicle for experimentation with the conceptual vocabulary of American Minimalism collaborating with a rotating cast of Austin-based musicians.

EX-CULT are a Memphis-based punk cyclone, releasing batches of bruising records and laying waste to everywhere they play. Chris Shaw lends a sneering, spitting toughness to the proceedings while the band flays riffs in loose, hairy mosh inducing menace behind him, touching on post-punk, psych sprawl, and early 80’s hardcore while remaining beholden to none. They have the power to convert even the most jaded and bored concertgoer into a sweaty mess in the pit. Having released two albums of adrenal-enhancing sluggers through Goner Records, last year saw Ex-Cult releasing ‘Negative Growth’ on In The Red. This collection of songs were conceived in Memphis and finalized in Los Angeles, with the help of family doctor Ty Segall. It was created in February 2016, when the band traded Memphis misery for a week of California sunshine. ‘Negative Growth’ is a nine-track nightmare, a death trip in the crystal ship and dedicated to fear and deception.

It’s that combination of banality and sharp self-critiquing that Little Cub have honed so well in their past couple of singles (‘My Nature’, ‘Loveless’). With this new release, that streak continues in the form of flatly acerbic lyrics like “I’m very sorry, feelings just aren’t my thing.” Expect more of the same on their debut album ‘Still Life’, which they announced this morning will be released on April 28 via Domino. – NME

The Indiana band craft hyper-melodic songs, built around power-pop chords, deceptively complex drum patterns, and rock-anthem sentiments that hide some tellingly dark thoughts. Three of the four members write and sing, each a frontman and a sideman simultaneously. During a live show, the bandmates can be seen frequently swapping instruments and positions on stage. The setup isn’t democratic so much as it is simply adaptable and committed: doing what the song demands, getting the sound just right.

With a sound that evokes the dreamlike natural wonders of their homeland, duo the Holydrug Couple are a part of the burgeoning psychedelic rock scene rising out of Chile. Based in Santiago, members Ives Sepúlveda and Manuel Parra have cultivated a drifting, bluesy sound that weaves a gentle, repetitive tapestry of guitar, drums, and vocals around the listener, softly enveloping them in layers of melody. The pair made their debut in 2011 with their first LP, the self-released Awe, before quickly getting the attention of the eclectic, Brooklyn-based label Sacred Bones, where they released their Ancient Land EP the following year. In early 2013, the pair emerged from their home studio with Noctuary, their first full-length for Sacred Bones.

Matt Mondanile might be best known as the guitarist in mellow indie rockers Real Estate, but he has been recording as his critically acclaimed Ducktails for longer. With an initial emphasis on more experimental, lo-fi amorphous jamming the project has blossomed into his full time career and developed into vaster sonic expanses far beyond the bedroom.

Coming off the back of a successful US tour and a host of shows at SXSW New Zealand artist Kane Strang is announcing his first set of European shows. A winning blend of careful precision and mercurial abandon, Kane Strang’s songs are constantly surprising. Hints of 60s pop (NB: Zombies, Stooges) and 90s alt-rock (Interpol, Elliott Smith) shine through; but there’s a contemporary crunch, sheen and bald lyrical tone to Strang’s sound that places him firmly in the here and now.

“Strang has a gift for pulling diamonds from the rough”, said Pitchfork of debut LP Blue Cheese (which drew comparisons to David Bowie and Ariel Pink); “[his] songs have a way of making modest acts seem heroic.” Songs from Blue Cheese received heavy play on BBC 6 Music especially from DJs Marc Riley and Tom Ravenscroft. Strang’s proclivity for writing smart, anthemic guitar pop caught the attention of Dead Oceans, who have signed him for release of his second album in 2017, featuring the aforementioned single and recent outing “Oh So You Are Off I See”.

Kane Strang’s amassed band of mates bring this exacting material alive with arresting impact, charming crowds worldwide with his sideways slant of guitar pop. Keep watch for this young talent as he and band take to the road for their very first tour of Europe, in anticipation of a new album coming later this year.

Jim Jones and the Righteous Mind

Singer/guitarist Jim Jones’s distinctive and esteemed musical history has spanned several incarnations including The Jim Jones Revue, Black Moses and Thee Hypnotics. The latest manifestation of Jones’s ever evolving sonic vision, Jim Jones & The Righteous Mind, is his most expansive and ambitious musical effort to date.

Jane Weaver is a singer, songwriter and guitarist from Liverpool, England. She has performed as part of the Britpop group Kill Laura, the Farfisa-fuelled girl groop Misty Dixon and as a solo artist. She also runs the record label Bird.

A hundred memories flood through you when Girl Ray start to play. The happier the surface of their songs appear to be, the more profound you feel when the sadness kicks in underneath it all. On their debut single ‘Trouble’, Girl Ray boldly and breathlessly introduced their sound as an essential voice in these modern times of love, life and physical disconnect. To give their music your attention for a split second, is enough to marvel at how excellently they have crafted their warm Nico-tinged pop.

Allow a little magic into your life in the form of LA-based folk-pop songstress Miya Folick. If you like Sharon Van Etten or early Cat Power, then the golden vulnerability of this girl—communicated over slide guitars and somber synths—will leave you charmed, even as she warns you she may break your heart.

An off-kilter punk from LA four-piece signed to Burger Records for fans of and L.A. Witch. With fans in Noisey and Consequence of Sound, Death Valley Girls are starting a revolution with their fired-up, gritty rock’n’roll.

Think of Death Valley Girls as an acid-tripping science experiment that’s been buried alive, and resurrected as a sexually liberated dystopian chain-gang. A cosmic scar, if you will, on the hills of Echo Park, where the experiment began in 2013 by proto-punk Bonnie Bloomgarden and guitarist Larry Schemel — who got lost in the desert, returned to their haunted garage in Echo Park, and pieced together their vision with shopworn images of sexploitation babes, a blood-soaked Iggy Pop, and Bloomgarden’s series of phantasms, the result of spending a year in a mental institution, where she planned her neon-glowing odyssey by listening to Black Sabbath and UFO, reading about alien conspiracy theories, and deriving her band’s moral compass from a line she saw in a movie, “Everybody’s gotta be in a gang,” from campy sexploitation romp Switchblade Sisters (1975).
Tickets: https://dice.fm/event/death-valley-girls-29th-may-the-lexington-london-tickets