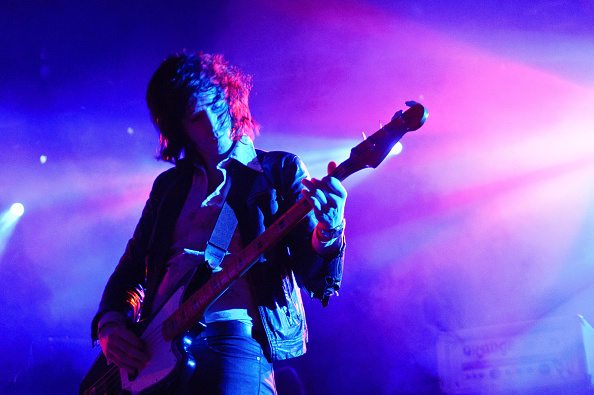 As the bar staff furiously manically drinks and had five pound notes waved at them by irrationally impatient punters it occurred to me, in a brief moment of clarity, that we had all the makings of an indie supergroup right under our noses. That got us all thinking of all the different bands who have worked at the Lexington over the years, most of them going on make some particularly exciting and forward thinking music. Next time you’re giving it the big one to the person serving you a drink (in any bar, not just The Lexington FYI) just remember they might be about to write your favourite record and you’re probably making their life a misery at this exact moment in time.

Oli is probably the longest serving member of the Lexington family and one the most versatile. He’s one of our most loved DJs, pulls a mean pint and shines up a bar up like no one else when he works the boozy afternoon shift. By night he’s also in one of our favourite bands, Telegram, who are leading the current wave of psyche rock revivalists (along with sometime Lexington door person and drummer Jordan Cook). Long gone are the days of nu-rave side shaves and glamorous new romantic perms in Proxy Music.

If there was an award for being in the most bands Jordan would win it hands down. He’d also win for the number of times playing the Lexington in different guises, having tore shit up with Muscle club, Paradise and Human Hair, but never with Echo Lake. If we get Echo Lake back it will be like the prodigal’s return and wonderfully emotional (see below). When Jordan isn’t mercenarying the shit out of the underground indie scene he’s one of our most trusted sound engineers, the sort of selfless musician who makes other bands sound awesome.

THREADS – WORK IS HARD, LIVE IN LONDON 17/9/14 from Alexander Bradley on Vimeo.

Amos has been the entrusted guardian of coats, bags and other random shit people end up taking to gigs but can’t keep hold because they want to go crowd surfing. He’s also the sort of cloakroom attendant that doesn’t count your scarf as an individual item requiring its own ticket and another quid in the pot, thank you very much. He’s been in a couple of bands over the years but the one we’ll really remember him for is as the drummer in Fanfarlo, the one from Fanfarlo who got left at a service station in the middle of the night in Mormon country by his band mates. Whilst we’re talking about band mates, Justin Fink was recently working behind the bar between working in esoteric bookshops. Justin also used to DJ at the early incarnations of White Light when the Lexington was, very briefly, called the Sazerac and the downstairs was still a building site.

I remember Linda, one half of dreampop duo Echo Lake, I also remember the heartbreak when she abandoned the Lexington for the Shacklewell Arms </3 🙁 Though, if you’re reading this Linda, all is forgiven, we hope you’re very happy and we love your new album, ERA <3

Ollie was here somewhere near the start of the Lexington for a good couple of years and I always remember he was a bit ‘mad’ for music. It was the right side of unhinged exuberance for making music as opposed to the more sinister ‘crawl into Pete Doherty’s house and lick his face’ vibes. I didn’t see Ollie for years until putting on Yak and it all made sense. The wide-eyed energy had been channelled into a barely controlled chaos which is growing into easily one of the most exciting bands in the UK right now.

Patrick is the front man and lead guitarist of shoegazers The Eskimo Chain whilst working full time at the Lexington. He works two full time jobs because one of his jobs doesn’t pay (being in a band, not working for us). That’s the reality for the majority of bands and Vice wrote a great thing about people in what are relatively big bands being forced to work in low paid jobs because they a) can’t afford to live off being in a band and b) the sort of work that gives you flexibility to go on tour for weeks at a time isn’t going to make you rich. Kids, that’s the reality of the music industry in 2015. Either have a trust fund, get on the dole (if you want to have absolutely no money but a lot of free time) or get a service industry job (if you can even find one). So to all bands, from the bottom of our hearts, thank you for continuing to struggle through, creating great records and putting up with the extortion racket known formally as the ‘property market’. You’re the people who are keeping London a place to watch some of the best bands in the world.

Doran allegedly worked here for a month about three years ago and in all honestly it must have been a month when I was a raging drunk for the full 28 days because I do not recall seeing him behind the bar, ever. But the manager is adamant and the manager is the boss so congratulations Doran, you’ve made the team. Weird Dreams are a great addition to this list anyway, I’ve been a fan of Doran’s work since he was in the Ghost Frequency but with Weird Dreams he moved his song writing forward, did something more nuanced whilst still being uniquely ‘Doran’. Weird Dreams also manage to incite the feeling that you’re watching a band that could have been playing at the Bang Bang Bar which makes it dream pop at its best.

Working at the Lexington is good training for anyone wanting to be in a punk band, there’s a lot of shouting, loud music, you inevitably get covered in beer and drink copious amounts of whiskey. Aside from getting involuntarily covered in radioactive Monster energy drink, working at the Lexington is all the fun of being in a band but without hours of boring sound checks. Delilah doesn’t work here any more so maybe it’s not as fun as I’m making out or maybe the lure of one hour checking a kick drum was just too strong. Her time was short and sweet, like two minutes of Skinny Girl Diet‘s blistering punk rock.

Delia has been in way too many bands to list here so we’ll stick with her current group of noise makers, Ye Nuns. We poached her off the Buffalo Bar and never looked back because Delia is the unsung hero of the Lexington office, if there’s a job that needs doing she’ll get it done even as the whiskey-soaked madness unravels around her. So not only is Delia our fixer and in a noisy as fuck band (who just recorded a session for BBC Radio 6 Music), she also works in Rough Trade which is one of the coolest jobs a person can have.

Jo has been lurking about for a while doing the door at the Lexington between playing shows in her gothy post-punk outfit Desperate Journalist. Doing the door at a venue is basically the ultimate new wave job if the 80s were anything to go by, wielding a powerful discretion over who can and who can’t. And just in case there were any question over their credentials, Desperate Journalist headlined the spiritual home of the UK punk movement, the 100 club, in support of their latest single just last week.

In 2015 I piss around in the Lexington office a couple of days a week, mostly drinking 100 year old Cognac whilst moonlighting as a DJ. But before doing that, back in 2008, for about four weeks, I was making noise like everyone else on this list. I’d grown up on punk, dreamed of forming a thrashy, snotty punk band, with a punk as fuck name, Black Flag-esque illustration and putting out super limited 7-inch singles on obscure underground labels that dabbled in sounds my young brain couldn’t quite comprehend yet. But I was left out of the first line up of that band (cheers lads). It all worked out in the end though, I got my big break when Harry fucked off to join O Children. And that, as they say, was history… O Children went on to be awesome and we went on, very quickly, to be broken up. 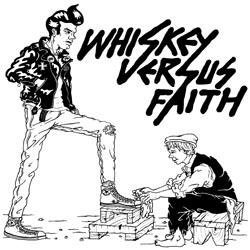