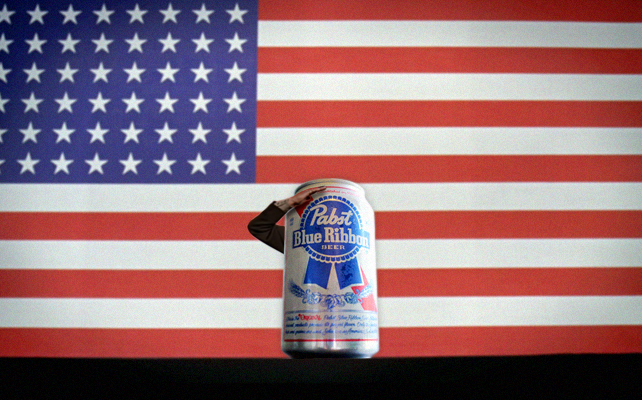 This Friday is a momentous day for the Lexington, we will be the first bar in London to carry PBR on draft. Across the pond Pabst Blue Ribbon is a legendary American beer, it is loved (Dennis Hopper and Clint Eastwood) and loathed (craft beer snobs zzz) in equal measure. For some it’s nothing more than a lager flavoured beer favoured by tasteless hipsters and violent rednecks (see South Park’s Randy Marsh) whilst for many more it is an award winning cheap beer with a long and respectable American history reaffirming everything you ever thought the American Dream could stand for.

The Pabst Brewing Company took its name from Frederick Pabst the son of immigrants nobly chasing the American Dream (remember that?) who moved to Chicago in 1848. Like all good American stories there’s a good bit of nepotism behind how Pabst really got it’s name. Frederick married into Milwaukee’s Best beer family and was able to take over from his wife’s father when he retired. Before fully changing the brewery’s name to Pabst and taking his place in American history, a little act of God known as the Great Chicago Fire helped Frederick Pabst put the Best Brewery in the position to become of one of the biggest beer producers in the country by virtually eliminating the competition.

Not long after the fire and Pabst’s total takeover and renaming of the Brewery under his own family name their flagship beer is named “America’s Best” at the World’s Columbian Exposition in Chicago in 1893, leading to the Blue Ribbon anointed upon the bottle as a sign of greatness and the birth of one of the great American beers, Pabst Blue Ribbon or PBR to it’s friends. Or at least that’s the way the story goes, the birth of PBR is also one of the great American food & drink myths and incredible feat of advertising genius (whether they ever really won the award is at best debatable but until the US involvement in WW2 they draped every bottle in a silk blue ribbon).

Pabst remained one of the largest beer producers in the US until around 1980 before declining, almost in solidarity with the wider decline of its rust belt surroundings, to near complete obliteration before being resurrected in the mid 2000s. By 2015 the resurrection was complete and, like a Phoenix rising from the fires from which it built it’s reputation, Pabst won the “best large brewing company of the year” award at the Great American Beer Festival and this time around their can be no question about the legitimacy of the award.

Let’s have it one more time with feeling…

Come and drink PBR at The Lexington, on draft no less, from Friday 27th July.