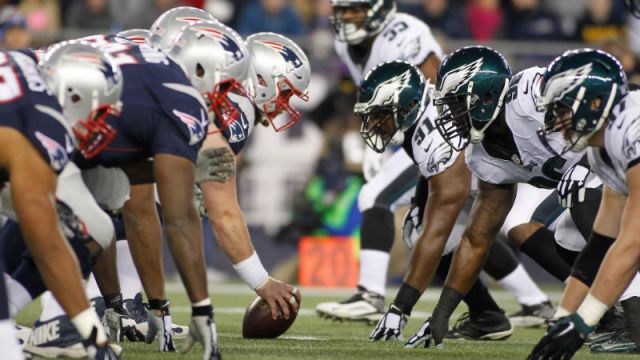 You know the drill by now! Sports biggest sporting event at your favourite late-night London boozer with all the American bells and whistles because we love that shit.

Of all the places to watch the Superbowl in London you can’t really argue with the natural habitat of the Lexington for something like this. We’re open late anyway because we’re awesome, we have a back bar packed full of around one hundred American whiskies, American craft beer on tap and in the fridges as we sell some of the best burgers and vegan burgers in London, thanks to GoneBurger. We’ll also be laying on some chicken wings, nachos and cheap PBR to really get your blood pumping.

But what use is all of the bells and whistles without the main event?! We’ll be showing Super Bowl 52 over both our floors with two massive screens so you can catch the biggest underdogs in almost a decade, the Philadelphia Eagles, take on seasoned Superbowl pros, The New England Patriots, who have won the Super Bowl twice since Philadelphia’s last appearance and, as such, enter the competition as clear favorites with a six point spread.