Day two of SXSW has definitely been a lot more productive, albeit it somewhat overshadowed by tragedy when a police chase tore through a crowd outside Mohawk. We did, however, manage to see quite a lot of bands and we didn’t even have to queue that long. The highlight of the day was definitely Missouri brothers Radkey who’s discordant garage rock (and a cover of the Misfits Last Caress) won over swathes of the Scoot Inn Crowd between shredding the half pipe and Trash Talk.

The fact that Radkey managed to dominate the crowd whilst Trash Talk were also playing outside is testament to how good of a band they are. And that brings me to Trash Talk. On a good day Trash Talk are probably the most brutal live band in existence, they also have the most violent following of any band I’ve ever experienced. Yesterday’s Trash Talk pit was no different when it engulfed the entire back yard of the Scoot Inn. Drink and blood were spilled.

The evening was dedicated to electronic music, after braving a massive queue to get into the Warp x Lucky Me party we were treated to Cashmere Cat and Sophie. Sophie’s mollied up ravey tones brought the party to Austin, with a couple of thousand people sharing in the loved up vibes.

The rest of the Warp line up was pretty spectacular, populated by the ‘next generation’ of electronic producers that blur the lines between electronica and hip hop, the other highlights of the night were Cashmere Cat and Kelela.

Keeping loosely with the electronic theme we headed a couple of blocks along 6th Street to Maggie Mae’s and watched London post-punk/pop outfit Cymbals, who were as great as ever. If you’re not familiar with them I’d strongly recommend their latest album, Age of Fracture, as a masterful display of song writing that remains fun throughout.

At some point in the night we ran into this guy who achieved fame at SXSW a couple of years ago for this lovely performance.

And then this happened. Whatever ‘this’ is. 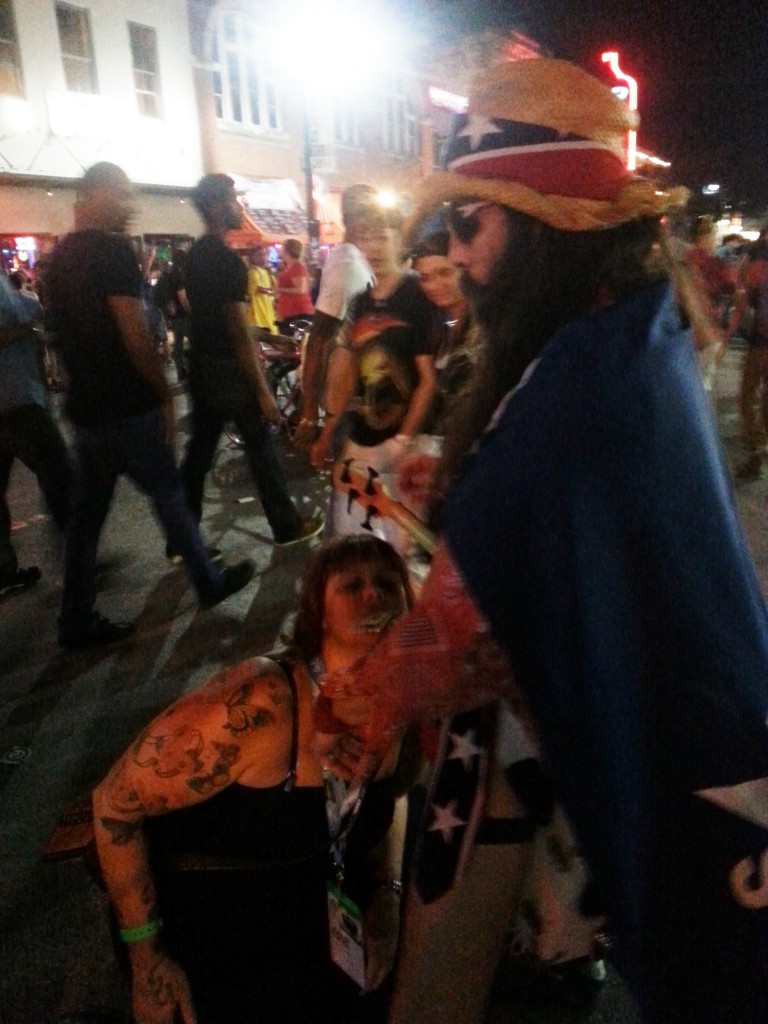