It finally came to an end on Saturday night in a speakeasy way out of town, that I can only describe as being some sort of Jewish palace. 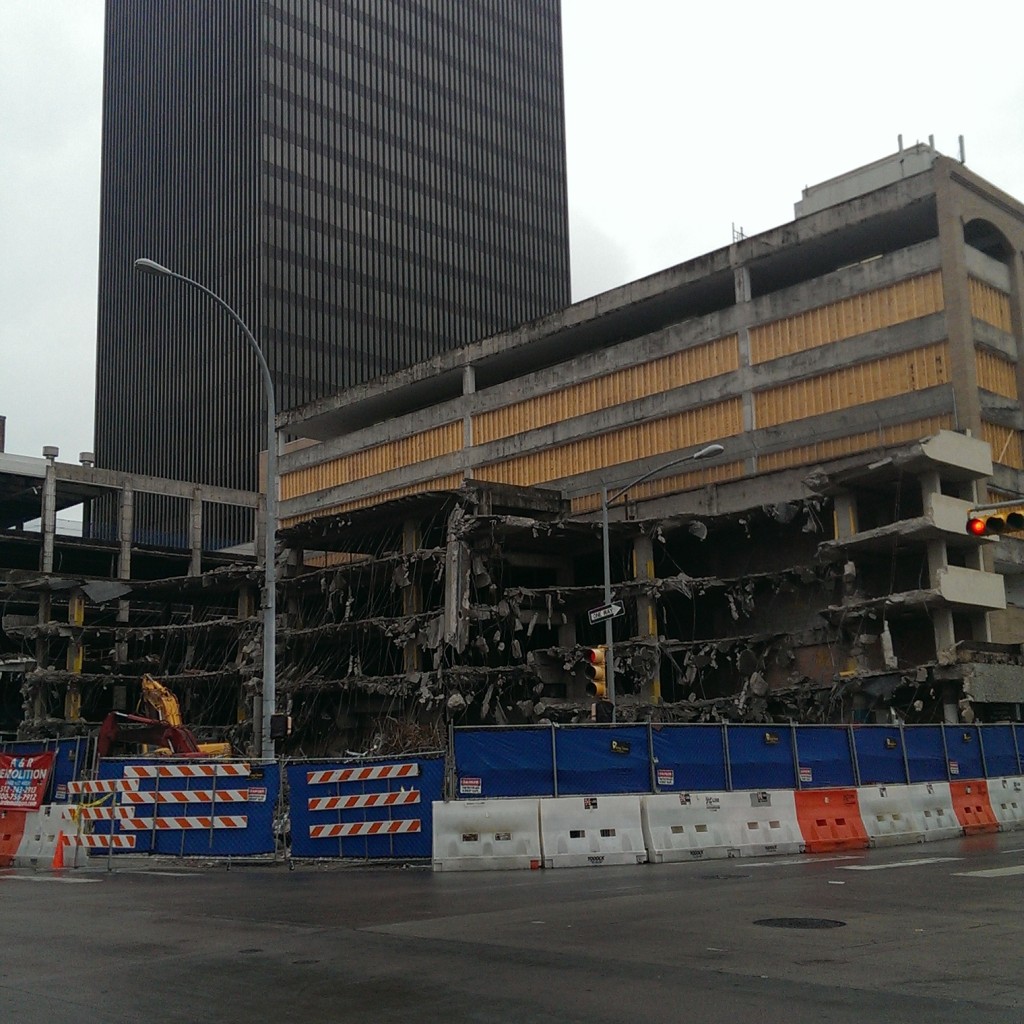 We were instructed that there were rules that needed to be obeyed if we were to get in and stay in, the first of which was that there was to be silence upon turning on to the road. So it was in silence that we piled in to this house that was actually a bar, ordering pink drinks in crystal glasses. The other important rule was that there was no photography allowed, a rule which was broken, and the photo deleted by the bar man, a few hours later. An unbalanced Mike from Transgressive also dragged a woman through a table. That was the end of SXSW 2014. You’re doing a good job of staying weird Austin.

I dedicated my whole day to seeing Protomartyr, a Detroit punk band I’d been desperate to see since we arrived. They did not disappoint. Noisy shouty vocals, from a man who did not look like he should be in a band. It was disarming and worked all the better for it, not to mention this very basic but intricate guitar work that eluded to the best bits of post punk whilst largely defying the noose that is genre. They’re coming over for Visions Festival in August and apparently playing a bunch of shows to support their second album on Hardly Art.

I spent the evening catching up with all the poppier stuff that I had forsaken throughout the week. First off was duo Holychild, who were masquerading as a four piece for their live show. It was something like the drums of Beaty Heart combined with the sweet female attitude of No Doubt and huge soaring keyboards. It was a lot of fun, largely because you can tell they’re really enjoying being up there.

I wandered a few blocks down the road and caught my last couple of bands at SXSW – Little Daylight and Albert Hammond Jr. Little Daylight had recently toured with LA friends Nightmare and the Cat (who were also at SXSW, preparing for the release of their debut album), so it was good to see them. They sort of reminded me of a more pop version of the Preatures. They were honestly the best of that new-pop thing that’s been happening lately, so hopefully they’ll be over some time soon.

Albert Hammond Jr. wasn’t what I was expecting at all, he’s not rehashing the tired indie sounds of yesteryear. Rather, he’s shaved his hair off and playing something that sounds a bit more like proto-punk. Though this video isn’t really an example of that.

I thought that was it but SXSW had one last trick up its sleeve in the form of Deap Valley’s grungy punk rock antics. It was probably the best way to end SXSW 2014, which has been loud, angsty, littered with drunken late nights. There was no crochet at play (the duo met at a needle work class), only the quick wit of two girls with a point to prove as they screamed across the SXSW finish line at 2am.