Weird one today – half the Lexington ate something bad, one drank too much of something good (responsible drinking, yo) but there were a bunch of good bands along the way.

Connan Mockasin! Free New Zealand Pinot! Children invading the stage! Not seen Connan for ages but the new funk eighties-porn film vibe, coupled with some toddlers with instruments being invited up, made for a pretty fun set. If you were back past the first three rows it must have been a bit confusing why there was some way off tempo percussion and members of the band kept disappearing for extended periods. 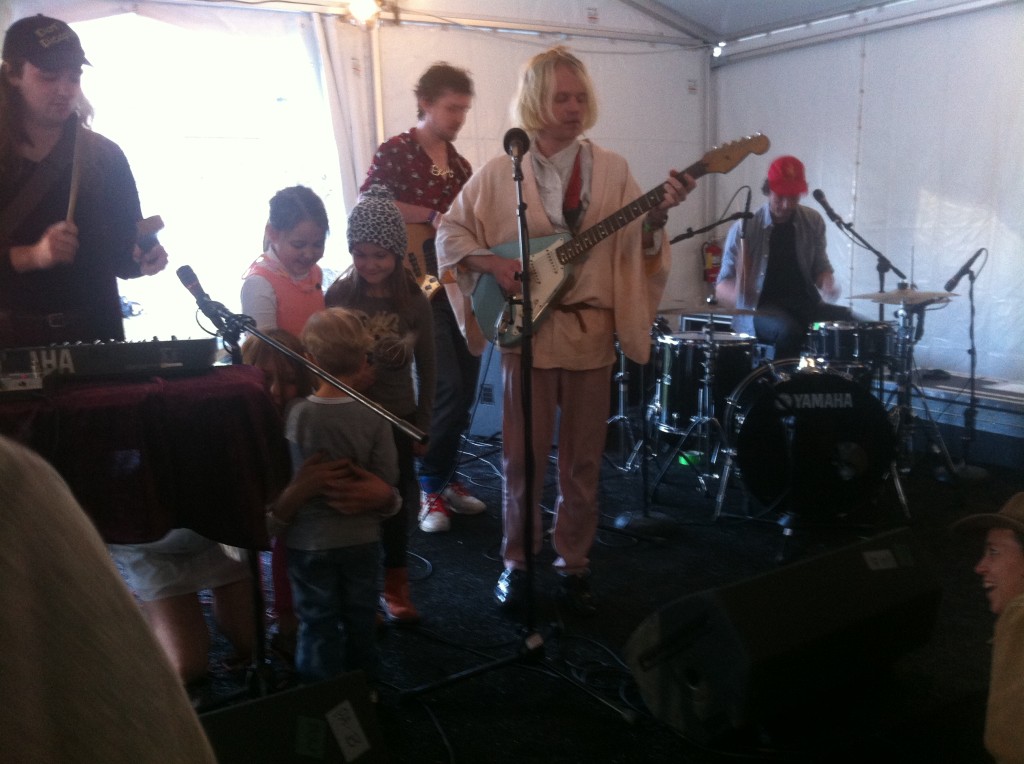 First up latenight French go Surf outfit La Femme completely smashed it at the German Haus. Stereotypically stylish frontwoman and four stereotypically stylish gents putting on the kind of performance you can’t take your eyes off & giving you the impression they’d be a lot of fun to hang out with. Plus they have a song about how Taxis in Paris are all assholes. I’m quietly optimistic that they’ll stay together long enough to do a song about how waiters in Paris are assholes. To be fair if they stay together long enough to document the assholery of the Parisian service sector they’ll have pushed beyond surf through psych into B52s era and somehow into the modern age. Here’s hoping for a long career.

Down the road we caught up with Sophie. Not something we can really do at the Lexington because the bass would make everyone on the block cry, but it was great.

Further down the road Cymbals were utterly misunderstood by the soundman, faced with a PA that didn’t like vocals, and insisted on distorting them all over the place and at one point sounded like New Order doing Dinosaur Jr which isn’t at all what they’ve ever sounded like before but sort of worked. Marcus doesn’t remember this happening. Seriously: drink responsibly.

The following day we found out that sometime during this set a drink driver killed two people on a moped and injured a further 23, five critically, mowing into a crowd outside one of our favourite venues. Which is obviously pretty shitty. Two of our extended group got to witness the aftermath – our thoughts are with those involved.

After that we watched Tensnake for a bit and took the long route home. Easy.