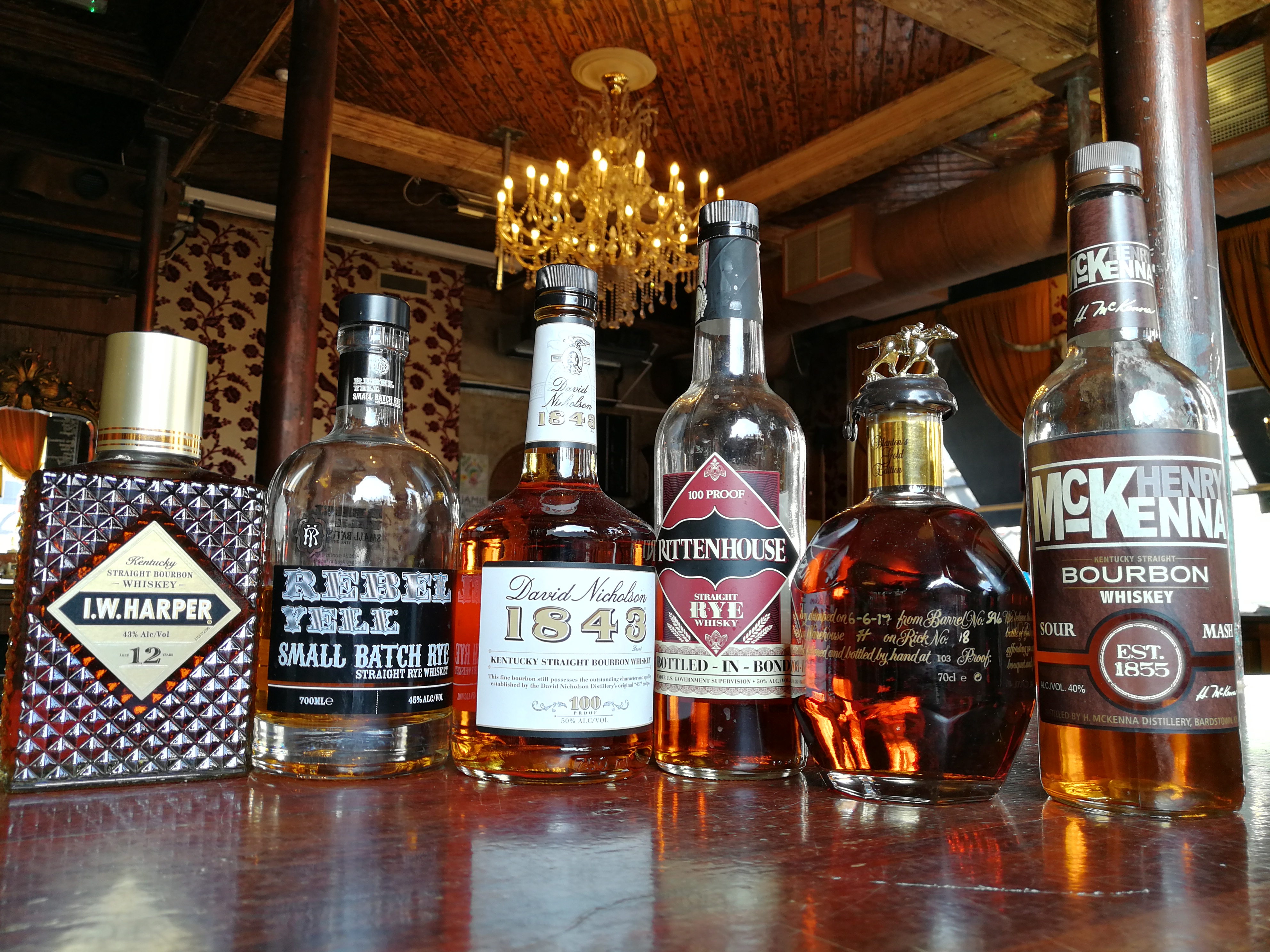 It’s been a couple of years since we did a budget bourbon guide and in that time we’ve been introduced to some seriously special new American Whiskies, so we thought it was high time to put together an updated guide to some of our more reasonably priced pours. Unlike Scotch a little can go a long way with American Whiskies, of course you can pay potentially hundreds of pounds for a measure but there is a whole world of flavour to explore for under a tenner and we’re going to take you there.

Before we get into the really exciting stuff it’s worth mentioning a few brands that the more casual bourbon drinkers might be aware of, namely Knob Creek, Buffalo Trace, Wild Turkey (Hunter S. Thompson’s drink of choice) and Four Roses, all of which do some really good Ryes and/or single barrel offerings aside from their headline offerings you’ll find in the supermarket, all of them are absolutely worth checking out.

Buffalo Trace probably deserve special mention as they’re the third biggest bourbon distiller in the USA and they’re responsible for a huge number of drinks which we’re very fond of, our favourites include 1792, Eagle Rare (which we mentioned last time), Blanton’s (which we’ll get to later), Sazerac Rye, George T Stagg and Stagg Jr. We could go on all day naming the litany of bourbons and ryes produced by Buffalo Trace but we’d probably forget to mention the fact that Buffalo Trace itself comes highly recommended (regularly by bar tenders in the US, no less), don’t let the fact that it’s available in Tesco and Wetherspoon’s fool you! They also have a beautiful distillery which we’ve been very lucky to visit. 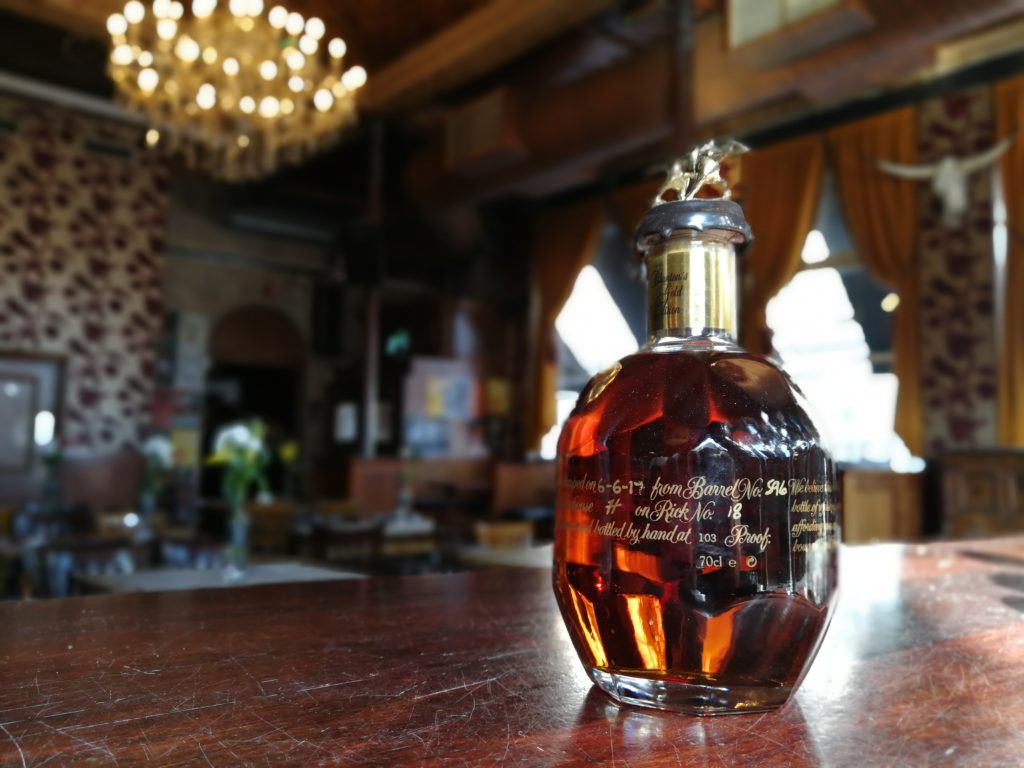 I’ve said it before and I’ll say it again… My personal favourite bourbon and highly revered the world over. What’s not to love about Blanton’s? The world’s first single barrel bourbon with its ornate bottle and range of pewter stoppers is truly a sight to behold before you even open the bottle. You can read more about Blanton’s in our last blog where we spoke about the Original Single Barrel offering, but today we’re throwing all our weight behind Blanton’s Gold which is, unsurprisingly, the Gold Standard of Blanton’s. Hand bottled from only the very best handpicked casks for an exceptional smoothness, cleaner finish and richer flavour. 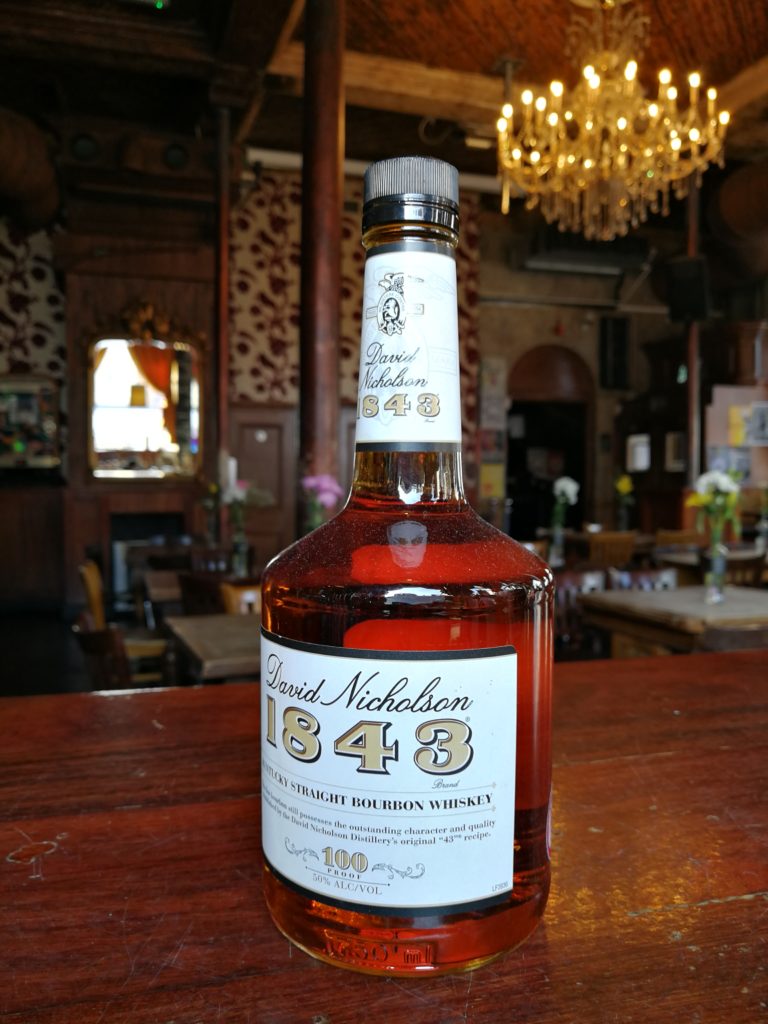 Passed down for almost 200 years the David Nicholson recipe claims to be unchanged since 1843 when it was created by it’s namesake in the back of his grocery store on North 6th Street in St. Louis, Missouri. 1843 is an exceptionally smooth wheated bourbon with warm woody, smokey overtones and a hint of spice and an expensive nose. 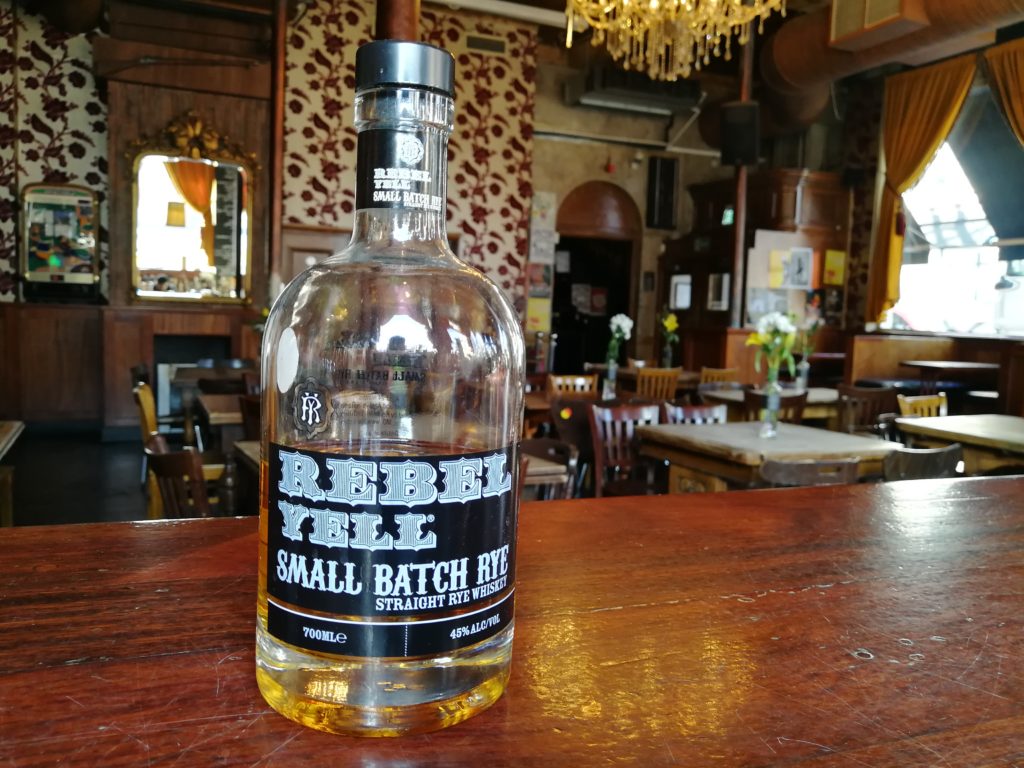 “Honest Whiskey at an Honest Price” that was the slogan for Rebel Yell when it was created by the Stitzel-Weller distillery in 1849 and it’s great to see them stay true to that commitment 150 years later. The Rebel Yell Small Batch Rye is distilled for two years in extremely limited quantities. Small amounts of corn and malt  are added to their rye mash to create a full bodied whiskey with all the spice of a typical Rye. A great mixing bourbon but also a nice sipper despite its young age. 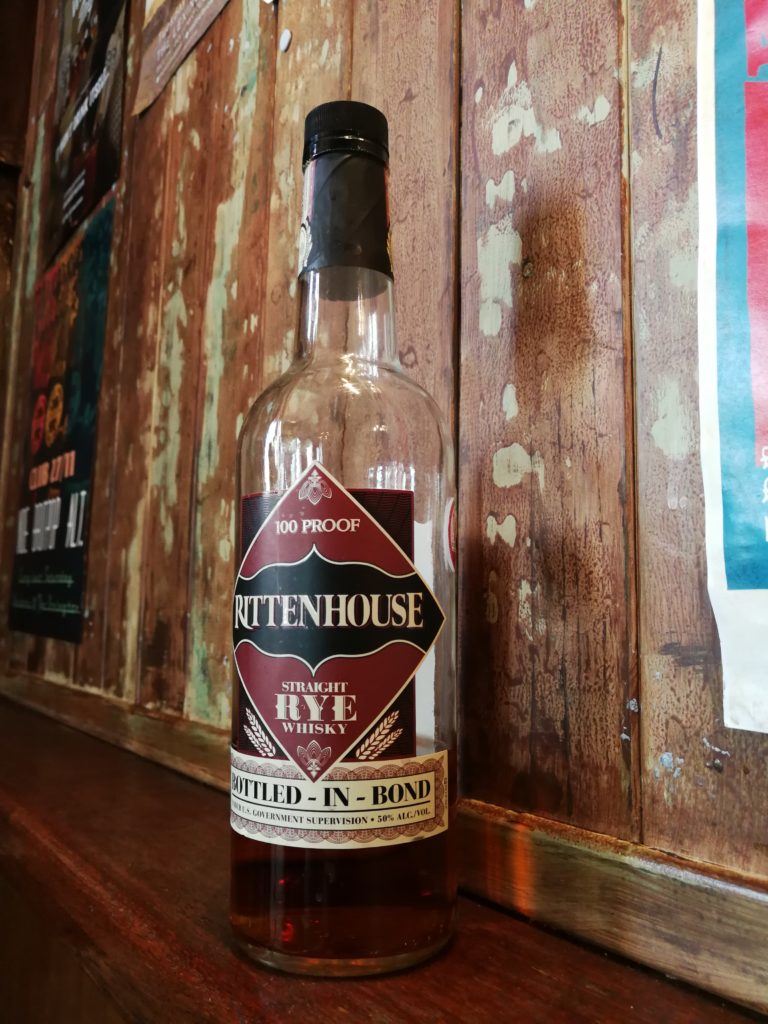 Rittenhouse has the glorious honour of winning ‘World’s Best American Whiskey’ at the World Whisky Awards 2010, beating off competition from George T. Stagg, which is no mean feat given the price difference. Obviously you can’t make a direct comparison between the two as Rittenhouse is a rye and Stagg is a Bourbon, but the point remains.

Named after the famed square in Philadelphia, itself named after friend of the American revolution David Rittenhouse, Rittenhouse Rye is truly the product of Philadelphia, produced in the tradition of the Pennsylvania rye whiskies which were popular at the end of the 19th Century, especially in the north east (of the USA, not Teesside). These whiskies were noted for their spicier and fruitier flavour. If you want to really know what rye is about then this award winning whiskey, favoured by the connoisseurs, is the place to start and you’ll have enough shrapnel left over for the next bourbon on our list. 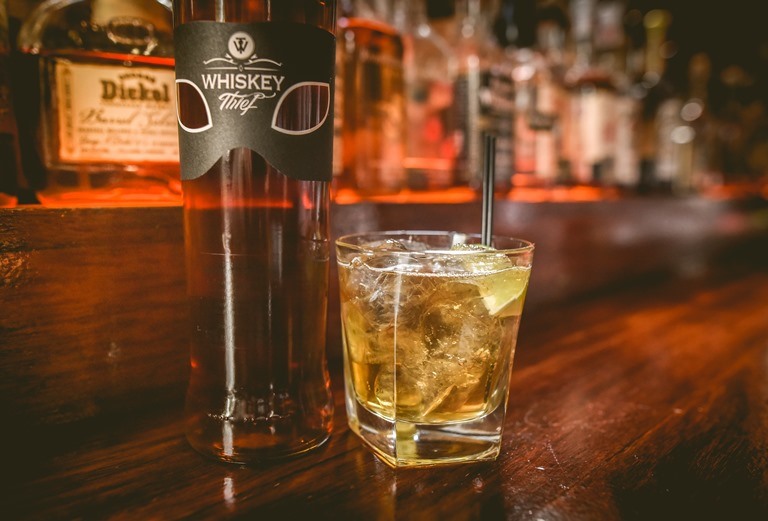 It wouldn’t be a blog post without a bit of bias/nepotism/vested interests aimed towards our very own bourbon, Whiskey Thief! This is the bourbon you’ll find in your bourbon & coke at The Lexington or our signature Ginger Thief long drink, because we think it’s the perfect mixing whiskey. It’s got a traditional bourbon flavour but nothing too overpowering which means it’s also good for sipping. You can read more about our four-year journey to create our own bourbon here. 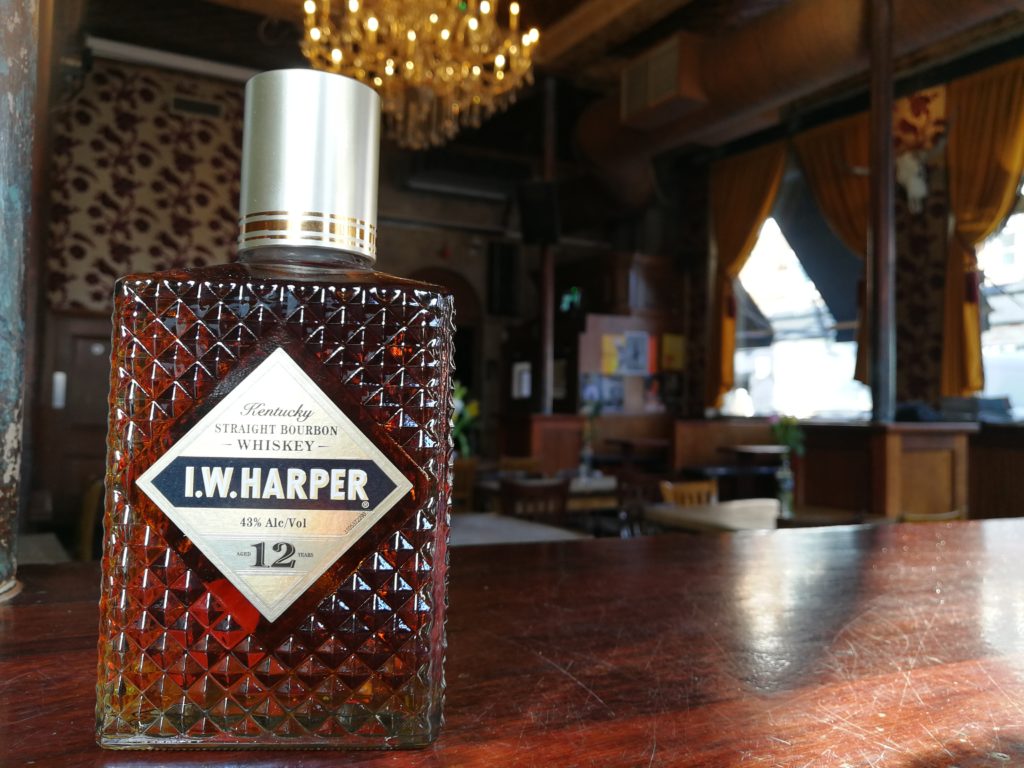 If Blanton’s is my favourite bourbon then it’s getting a real serious run for it’s money from I. W. Harper’s 12 year old offering. It comes in an equally as ornate bottle and is an extremely high quality bourbon. Sadly it has been MIA and only available in Japan for the past 20 years and it’s still not widely available. Again like Blanton’s, it comes with a seal of historical providence being created by and named after Isaac Wolfe Bernheim. Between himself, his brother and their whiskies they cemented Louisville as the major center of Kentucky bourbon distilling. I’ve got to say this one makes the perfect counterpart to the Blanton’s Gold if you’re looking for something to warm up your palate, it’s light and sweet but full of aroma and even a hint of spice, all perfectly balanced and a personal favourite of ours at the Lexington. 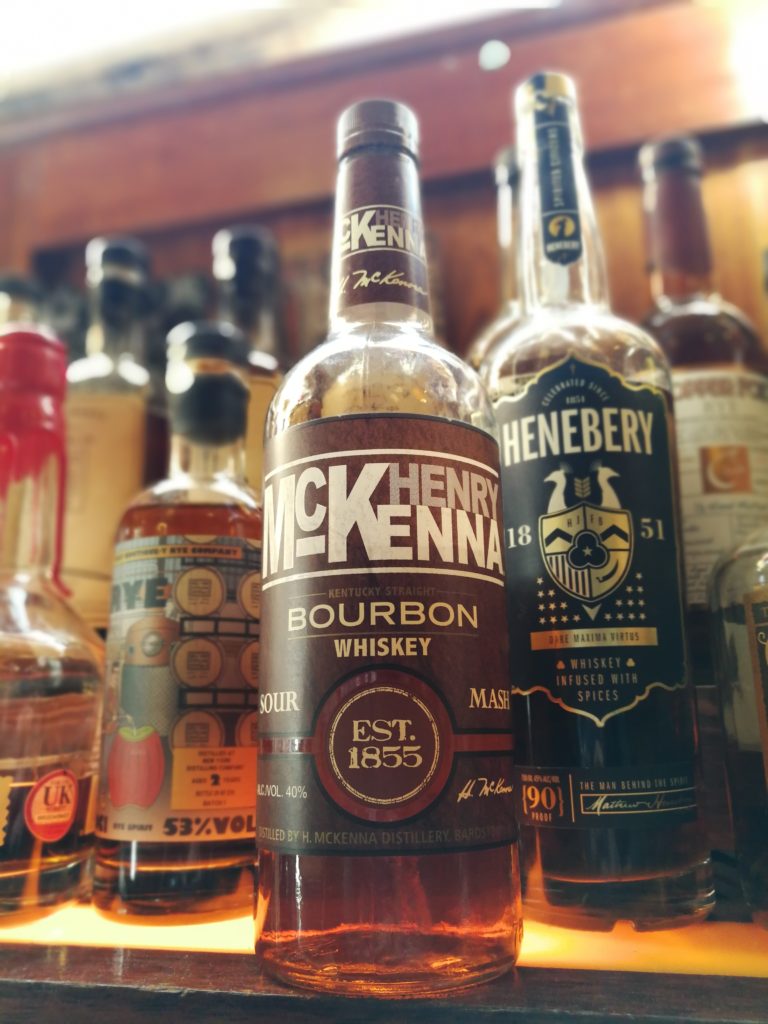 For the uninitiated a single barrel bourbon is one made from the best barrels in the rickhouse as picked by the master distiller, by taste. This is what often gives single barrel bourbon that premium price as it is necessarily rarer, uniquely flavoured and guarantees an unrivaled flavour. HMK10 was created by a whiskey loving Irishman, of the same name, who came to America in 1838 and adapted his family’s whiskey recipe to work the grains he found in Kentucky. Aged for ten years, Mckenna 10 is longest aged bourbon to be bottled in bond, a process where the liquor must be the product of one distillation season and one distiller at one distillery and then aged in a federally bonded warehouse under U.S. government supervision for at least four years and bottled at 100 proof. The act made the federal government the guarantor of a spirit’s authenticity in response to the widespread adulteration in American whiskey in the late 19th Century.

Price: It’s not on the till yet, but we’ve been enjoying a few sips as you can see. It’ll be around the £7 mark.

* All prices correct at the time of publication