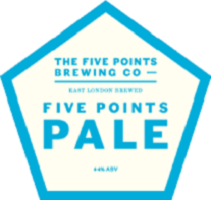 We’ve got a pump at the end of the bar and we’ve let our good friends at The Quietus take control of it. Every couple of weeks they’ll be selecting a new beverage for our lovely punters to wrap their chops around. You’ll have to be quick though, because each guest ale is going to be in limited supply and when it’s gone, it’s gone.

Here’s what The Quietus’ Luke Turner has to say about this whole beer drinking thing:

“There was a time when, for the thirsty ale-drinking gig-goer, London was a barren place in which to quench. Most venues in the Capital, even the small ones, were deserts where the only liquid refreshment came in the form of appalling lager the colour, scent and flavour of a shipwrecked sailor’s micturition. A headache guaranteed – and not merely for the music. Now, while much of the ‘stirred by a beard’ craft beer fad is irritating, the increasing prevalence of decent booze in gig venues across the Capital is to be welcomed. What’s even better is that The Lexington, where we now have our HQ and where we’ve run some of our favourite gigs, has three pumps of the good stuff in their downstairs bar. We’re going to be bringing you, our London-dwelling gig-goer, a regular Lexington Ale Of The Week.

First up is a very tasty beer from Five Points, a new brewery up in Clapton who seem to employ a wizard – we’ve seen some photos of a man who makes Julian Cope look like Alan Titchmarsh pouring something into a vat. Anyway, their Five Points Pale ale should get props for the clean font and colour selection of their bottle and pump aesthetics, and the intriguing taste of the stuff – this is refreshing like a classic English golden ale (the sainted beverage that is Crouch Vale’s Brewer’s Gold, perhaps), but with a bit of a tangy twist over the top. On tap as Quietus Ale Of the Week at the Lexington for the foreseeable future – get to the bar, eyes right. Chin chin!”