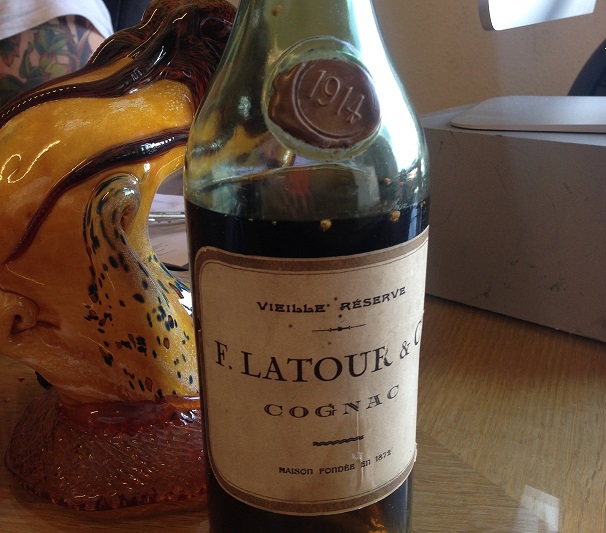 On Tuesday afternoon a bottle of Cognac, bottled in 1914, made its way into the Lexington and it got us thinking about what that bottle had been through before it ended up in our hands.

Latour established itself in 1872 as a producer of fine wines, champagnes and Cognacs. Just over forty years later our bottle would be produced and the first world war would kick off, costing millions of lives and destroying many of the vinyards of France in the process. 1914 is also an interesting year for the cultured drinker as 1914 was the year that the French outlawed absinthe, less than a month after the outbreak of war. Coincidence? Maybe.

The French were utterly convinced that absinthe was responsible for the decline of western civilisation, the corruption of French culture and the degradation of the French in general. So to cut a long story short, the French government believed that less absinthe and more wine should make for better soldiers. And there was a lot more wine. The first world war generated such a huge demand for wine it literally drenched the trenches with merrily pissed up soldiers and was so important to the French war psyche that the government would run propaganda campaigns urging Frenchmen to ration their wine as a part of the war effort. Even wine producers were forced to send wine to the trenches as a form of taxation for the war effort.

I suppose none of that has anything to do with our bottle of Cognac, which was probably nestled safely away in a five star Parisian hotel cellar awaiting its turn to be cracked open and form the basis of a Sidecar, named after the American Military Captain who regularly turned up to his favourite bar in Paris around the end of the first world war in a motorcycle side-car and would order 2 portions Cognac and 1 portion each of lemon juice and Cointreau.

Then another world war comes along, a massive clusterfuck of destruction and violence that goes on and on, and again our cognac is in safe, albeit, Nazi hands. During the second world war the Cognac region was occupied by Nazi Lieutenant Gustav Klaebisch who was keen to keep the Cognac industry alive. Not only was Gustav a local to the region, but his father ran Meukow Cognac until the start of the first world war and he himself worked for Martell prior to the onset of WW2. By all accounts it was his management of the industry in the area that prevented German troops from plundering the whole lot and leaving those rare pre-war bottles as flavours consigned to the dustbin of history.

I wont go on to bore you with the history of the Cold War (or Cold War One as it will probably come to be known) because there were no obvious threats to Cognac during that time, though it’s worth imagining where it might have been holed up in order to ensure it’s quiet survival for another half a century. Perhaps it’s greatest achievement is surviving the rise of hip hop, Cognac being the reigning tipple of choice amongst parched rappers during the mid 2000s. There’s a possibility that can be traced back to the end of the second world war during the liberation of France, as families brought out the good shit to celebrate their freedom from German occupation and share a tipple with the liberating forces, which included many African American servicemen in segregated units.

Somehow this single bottle of Cognac made it all the way from 1914 to 3pm on the 19th May 2015 completely undisturbed, its cork still waxed shut (though a little cracked) preserving the sweet, terracotta nectar, for over a century, in its blown glass prison. And then we drank it. 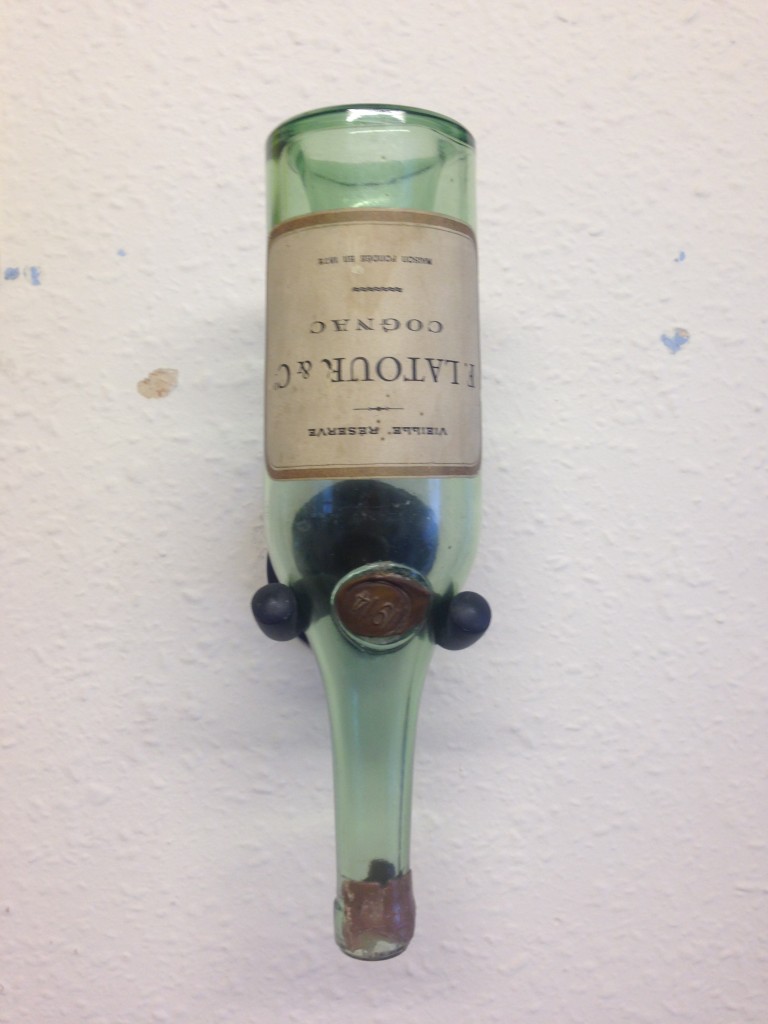 All of it. Straight from the bottle.