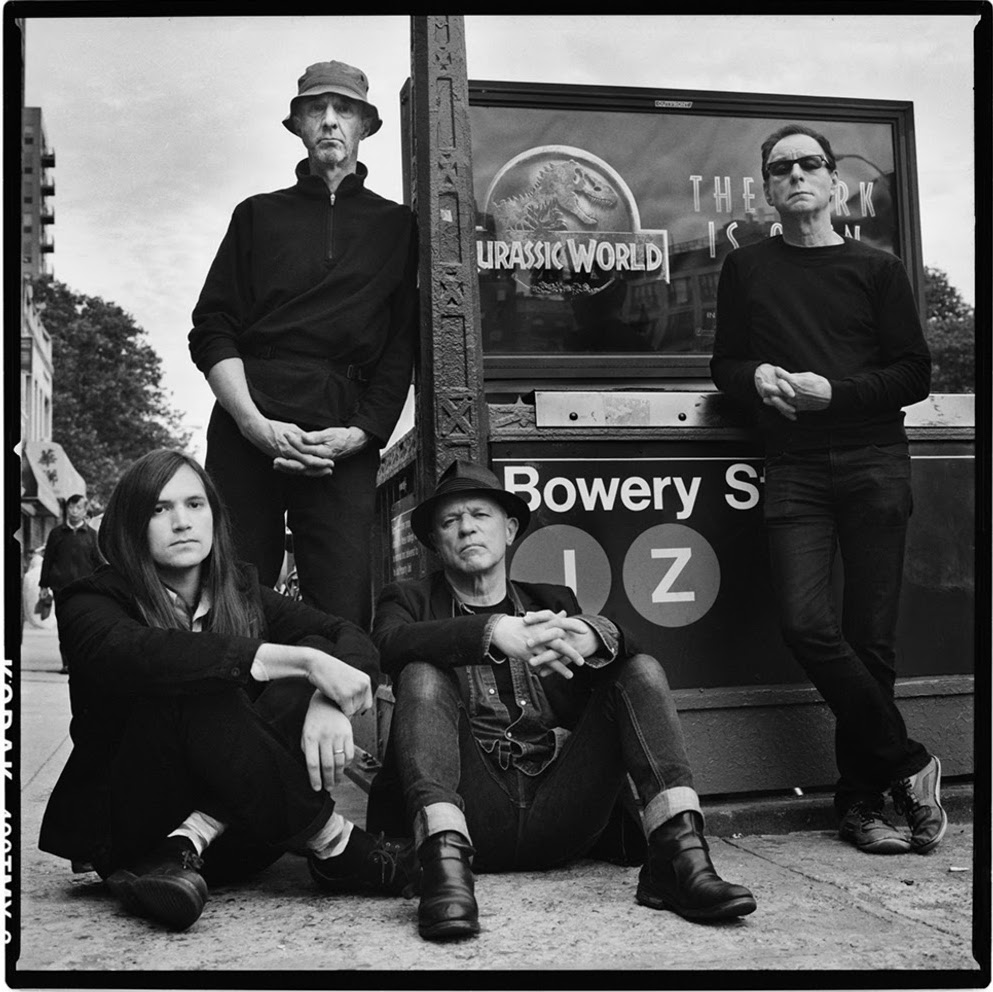 You might have noticed over the past five years that we’ve put Wire on a great many times. It started back in 2010 when we put them on with Factory Floor and, the following night, Lone Lady. In 2013 we teamed up with Wire and the Quietus for the first DRILL:Festival, which included not only three shows at the Lexington but shows at Heaven and Cafe Oto with supports as varied as Toy, Gazelle Twin, Comanechi, Teeth of the Sea and Charlie Boyer. In 2015 DRILL returned to the Lexington with a run of five consecutive nights in April along with a critically acclaimed and definitively self-titled 14th studio album, followed up with a final show of the year at the Tufnell Park Dome in December. 2016 saw the band retreat to the studio to work on their 15th studio album, released a cool 40 years after their generation defining debut, Pink Flag, alongside two nights at The Garage in May 2017.

Silver/Lead finds the band still charting new territories and looking ever forward, exploring the current interest in psychedelic and power pop. It’s telling that on the anniversary of their legendary Pink Flag the band continue to release and tour new material, refusing to succumb to the profitability of backward looking nostalgia that so many of their peers have fallen victim to. Wire have never allowed themselves to be defined by an era or an album, or even a genre – ostensibly punk but always so much more than that.

The two shows at The Garage are organised by ourselves, The Lexington, and long-time supporters The Quietus and mark the biggest Wire shows in some years.

Wire @ The Garage Thursday 4th May

Wire @ The Garage Friday 5th May